Home
Television
Is Tiger King Season Two Worth The Effort? 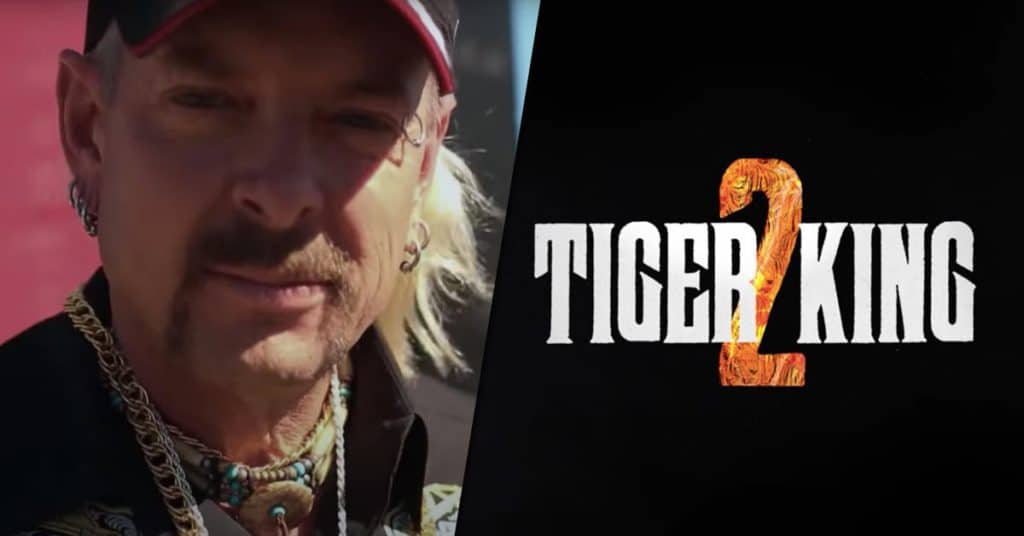 The short answer is ‘no’. The longer answer is bound to take a while since while there aren’t that many episodes, the level of dumb that’s come spilling out of the internet concerning Joe Exotic is simply amazing, and this is in a day and age when simple and amazing are hard to find any longer thanks to the vastness that is the internet. The fact is that it would appear that there’s a lot more to the Tiger King and everyone around him that we didn’t know, such as the fact that Joe used to be a police chief, and that he had another husband before those we saw in the first season. This is the kind of stuff that a person might have been able to find out on their own, and wouldn’t exactly need another season of a documentary show, but people love spectacle, so here we are. Now that people are learning more about Joe, there’s a chance that they might be a little more receptive to thinking that he doesn’t deserve to be in jail, or they might think that people, as it’s already known, are crazy when it comes to embracing one fad or another that they’re told is worthwhile.

For instance, the group that attempted to get Donald Trump to issue a presidential pardon for Joe is the kind of ridiculousness that one might expect from a show such as this since the whole idea of focusing on a self-important and narcissistic zoo owner when there are other issues in the nation is the kind of thing that people do when they’re bored and have more money to throw around on causes that many people laugh at considering that Joe has been making a spectacle of himself for years apparently. If not for the fact that Joe made a huge spectacle of himself on purpose to get the attention, it’s fair to think that a lot of people might have forgotten about the Tiger King at this point, which might have been for the best, save for the fact that the animals involved are those that are getting hurt the worst.

The feud between Joe and Carole Baskin blew up in a way that likely made a lot of people laugh, and despite the fact that it feels a bit wrong to do so, the fact is that as serious as things might be, meaning the death threats and individuals standing firmly against Carole as they try to ascertain if she killed her husband, Don Lewis, or not, is kind of amusing since she brought it on herself. much as Joe brought his problems on. Those who want to blame the problems of either big cat enthusiast on other are enabling both of them since not only did Joe and Carole bring their own problems to their respective doorsteps, but they’ve tried to cash in on that notoriety as well, and despite the fact that there’s a good reason to think that they succeeded at least a little in this endeavor, they’ve courted a great deal of trouble as well. It also would appear that Carole’s threat to sue Netflix over the footage that was used without her consent, or under false pretenses, whatever she’s calling it now, might not go the way she’d hoped.

The long and short of this story is that two very vain and narcissistic individuals who love big cats and hate each other went to war with each other, and the nation managed to get wind of it, meaning that it was used to put on a show that many people have invested into the point of taking sides in order to push one or the other so long as it’s fashionable and popular enough to do so. By the time the smoke clears and all is said and done and done and said, it does feel that Joe Exotic, whether he’s released or not, and Carole Baskin, whether she’s guilty or not, will become footnotes in entertainment history. By the time they’re both gone it’s fair to think that people will have to look up the Tiger King and actually try to work up any interest in who he was and why he was considered to be important enough to talk about.

Is there really a good guy in this story? It kind of depends on who you ask and, really, if you care. The fact that any of them agreed to come back kind of indicates that they need the money and the attention, and the fact that any of us have watched the second season is an indication that the spectacle is great enough to pay attention to. Who knows, maybe there will be something interesting enough about it to keep talking about, but I wouldn’t put money down on that idea.