Home
Entertainment
Is Marvel Setting Up Omega Flight For The MCU? 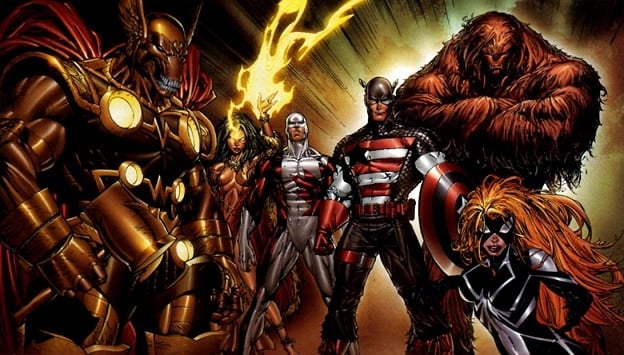 Marvel is getting better with their Disney+ shows. They had a good start with WandaVision, then kept the momentum going with Falcon and The Winter Soldier. Both were good shows, especially since they expanded on the characterizations of the supporting characters. Now, let’s just hope they keep the momentum going with the upcoming Loki show next month. I’m excited for that, considering that Tom Hiddleston will be reprising his beloved role. I mean, at this point, he pretty much owns that role. Did we really expect Loki to stay dead for long? This is, after all, a cinematic universe based on the many stories of Marvel Comics. And when it comes to the realm of comics, no one really stays dead, especially if they’re well liked.

I have no doubt that Marvel will continue to give us more Disney+ shows. The thing is, I think they should use this opportunity to give more supporting Marvel characters the spotlight. Heck, they’re already starting that by giving Moon Knight and She-Hulk their own Disney+ shows. That’s a good move, especially now, given the current state of the Marvel Cinematic Universe.

For one, giving more lesser-known Marvel characters their own shows will make more casual audiences aware of them. And let’s not forget that Iron Man wasn’t popular on Spider-Man’s or Batman’s level before he got his own movie. Now, everyone knows who Iron Man is, not to mention the brilliant actor behind the helmet.

And let’s do a little recap on how the last MCU phase ended. The original Avengers team has been disbanded. We lost two major heroes, another two that are retired, one who is way off-world, and another who is simply not who he was before. Those were the main MCU heroes who everyone knew, so now that they’re gone, who will step in to fill the gap?

Do I hear Fantastic Four? Oh wait, how about the X-Men? Okay, those are ideal choices and they will be coming to the MCU soon, but the thing is, those guys can’t be everywhere. The Fantastic Four are known to travel into space and battle some unfriendly aliens; the X-Men are no different, as they have made friends and enemies of several alien races across the galaxy. If they’re not always on Earth, then who will be around to watch the yard? Better yet, what about the supervillain activity in foreign lands?

When we see action in comics, it typically tends to happen in America. I have a feeling that casual comic fans aren’t too familiar with the foreign superhero teams that can compete with the Avengers. One of those teams is the main superhero team of Canada, Alpha Flight.

This is a rather unpopular superhero team with a very colorful lineup. This included team members such as Shaman, Northstar, Talisman, Sasquatch, and several others. Probably the most unusual member of the team was the dwarf superhero called Puck. Why was he called Puck? Well, it’s because he was able to bounce around like one. Puck was about as old school of a superhero as you can possibly get, but he was a fun character.

Originally, Alpha Flight was created to serve as a part of Wolverine’s backstory, given his nationality as a Canadian. Wolverine served with the team and made friends with them, but whenever they appeared in X-Men comics, they were simply just there as Wolverine’s friends. Eventually, they became a strong enough team to carry their own comic stories, but this came to an end (briefly) when a new version of the team was created.

This new team, called Omega Flight, was formed in the aftermath of the Civil War series back in 2007. The team encountered a strange new supervillain known as The Collective and was subsequently slaughtered by him. Sasquatch, one of the few surviving members took it upon himself to recruit a new lineup of the team.

And guess who was on the team? Talisman, another original member of Alpha Flight, Arachne, Michael Pointer as the new Guardian, Beta Ray Bill, and John Walker, the U.S. Agent. This new version of the team, which consisted of some American heroes (like John Walker), became Omega Flight, Canada’s new Avengers team. It was a rather unusual lineup, but this new team was effective. They eventually disbanded, but they were a strong team that kept Canada safe during and after the Civil War incident.

After John Walker’s debut in the Falcon and The Winter Soldier, I believe it’s possible that Marvel could be setting him up to join Omega Flight. Sure, they can start with Alpha Flight, the original team, but I feel like Omega Flight is a more modern approach to the team. Most of the original team consist of characters that I don’t think will fit in the modern era. The only member I think will be a good fit for the modern incarnation of the team is Sasquatch. Come on, the guy is basically the team’s Hulk. Every superhero team needs a Hulk. He’s also a genius and could be the one who recruits other heroes for the MCU’s Omega Flight.

Speaking of recruitment, how about adding John Walker to the team? Needless to say, we all predicted that he was never going to live up to the legacy of Steve Rogers. Now that Sam Wilson is the new Captain America, John Walker has become a new hero for the MCU, the U.S. Agent. If he’s going to work for Madame Hydra, I predict he’ll eventually have a falling out with them and will need a new opportunity to be a hero. He can take her down, deal with his issues, and then meet with someone who will turn him on to the idea of a Canadian superhero team.

In the comics, it was Tony Stark, and the idea of being reassigned to Canada really made him angry. However, after with a near-fatal encounter with the Purple Man, John Walker decided to make himself useful for the new Canadian superhero team. I can see something like this play out for the Omega Red in the MCU. It could actually help John Walker grow as a character, as he’s desperate to prove himself worthy of the Captain America name. He may not be fit in America’s eyes, but if he serves with a Canadian team, something he wouldn’t expect and doesn’t want, maybe that could be his way of becoming a better hero.

All of these possibilities can be explored in a show for Omega Flight. Aside from expanding John Walker’s character, it can introduce new heroes and a whole new superhero team for other countries.