Home
Movies
Is It Even Possible For a New Alien Movie to Work? 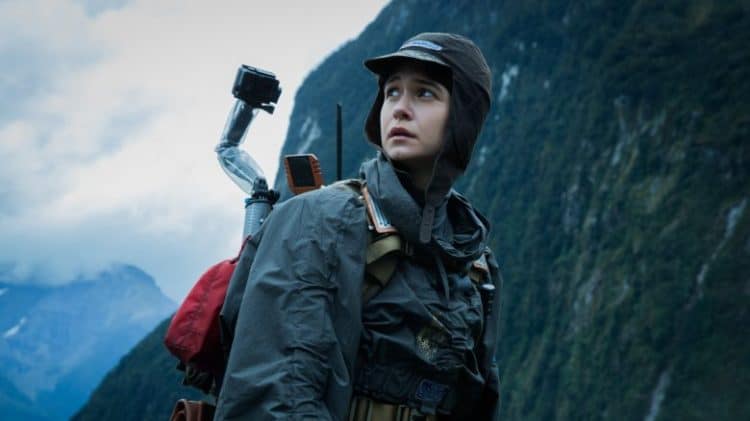 It does sound as though the idea is to make another Alien prequel, but not quite along the same lines as Prometheus and Covenant, which is bound to be a big selling point for some fans that didn’t really think that the last two movies did anything special. Granted, Covenant finally brought a lot of people the xenomorph that people wanted to see, unlike Prometheus with its xenomorph 1.0, but at the same time, there are so many plot holes and unexplained parts of the story that have yet to be told that one can’t help but think that the first two movies were almost like a cry in the wind, there and gone within a matter of moments and best forgotten as an unspoken rule. To be certain, the first two movies weren’t that inspiring, no matter that they had decent casts and an explanation of the events leading up to Alien that might have been able to create a coherent narrative. But it does feel as though things kind of fell apart and while a storyline could still be adapted to bring into line just why the xenomorphs were created, it does feel as though the idea is to move forward with the next movie and give a definitive purpose for the creatures and why they were created to be so inherently deadly.

The origin of the xenomorphs has been something that a lot of people have been wondering for years since to be certain, the creatures are cold-blooded killing machines, despite the fact that they are following an internal directive that appears to make them perform the acts they do. Keep in mind that they don’t kill every victim, as they do bring some of them back to an established hive to be incubators for more of their kind. In a way they’re simply following a directive that every creature follows, to survive and to reproduce in order to keep the species going. Obviously this is something that’s been hardwired into just about every species that’s ever existed, and whether it’s hubris on the part of humanity for putting it in or not it is a stark truth since pretty much every species in this world of ours seeks to reproduce and survive in some way, no matter how they have to do it. But the idea that these creatures were engineered is kind of creepy since it means that someone was trying to come up with the perfect killing machine, the perfect survivor. Obviously it worked since the creatures can survive just about anywhere and can even thrive in climates where most creatures would never be able to exist.

It does feel as though the Alien story could go a long way in just about any direction since David could look into traveling to other worlds to see whether he could utilize the creatures as an experiment against other species that he might find. Or it could happen that the Alien franchise might run into the predators again for another epic clash, this time something a little more serious than just a few of the xenomorphs against a few of the hunters. It doesn’t feel likely that we’ll see this since the Aliens vs. Predator movies didn’t pan out that well despite the foreshadowing that was allowed to emerge near the end of Requiem. Plus, The Predator wasn’t that well-received since it felt as though things had gotten a bit out of control given that there was a super-predator that was seeking to hunt down a renegade that was trying to do something that wasn’t allowed by its race. On top of that, the suit that was discovered at the end of the movie is begging for a sequel to show it off, but as of yet, it doesn’t sound as though this has been something that the studio is pushing for. Right now the Alien movies are the focus, and despite the lackluster performance of Covenant, it does feel as though we could be seeing another movie eventually, though what it will be about is anyone’s guess since the last two movies were all about killing off the last human cast members since in Prometheus the lone survivor was dead by Covenant, while at the end of Covenant, it was discovered that the android was really David from the first movie, and he’d smuggled his experiments on board, ostensibly to use them at a later date.

Right now the Alien franchise needs a lot of help to come back, but it is possible since there’s still some time between the movies and there’s plenty of space in the universe where the creatures could be planted. There’s also time to make everything fit the way it should, but it’s going to take some very talented storytelling to make it happen.