Home
Television
Is AEW Looking to Be A Pro Wrestling Contender? 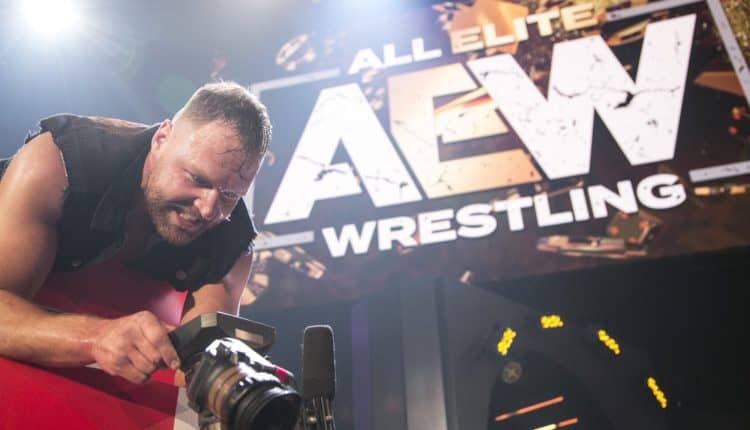 The phenomenon that is pro wrestling has been around for a long, long time now, and it’s been getting bigger and bigger with each passing decade until finally WWE is the one company that seems to have all the chips in its corner. The question though is whether or not the corporate giant is going to have any real competition coming from AEW, or All Elite Wrestling, in the coming years. Right now AEW has only been around for a short while but it does seem to be gaining traction as it’s hired on some of the best and most talented individuals around, including John Moxley, formerly known as Dean Ambrose in the WWE. So far as Erik Beaston from the Bleacher Report has indicated Moxley is coming out guns blazing and showing a definite proclivity for using social media that Ambrose was never known for in the WWE. Plus, AEW seems to be letting Moxley have his way a lot more than his former employer did and is cultivating the star’s career in a manner that might make him one of the hottest acts on the program if he plays his cards right.

Joseph Staszewksi of the New York Post seems to be indicating that the WWE has been put on notice at this time when it comes to AEW since even if they mess up at this point it still gets the fans pumped and the ratings up as the wrestlers that have been signed on to the show are able to energize the people in a way that the WWE hasn’t really done in quite a while. The company is still new, that’s obvious, and there’s a lot that could go wrong, this is true, but with the veteran talent and the knowledge of what went on in the promotion that they either left or were booted out of the wrestlers of AEW seem to be handling themselves in a much different way as they go out and leave everything they have in the ring. Big names like Cody Rhodes, Chris Jericho, and Jim Ross have already been added to the program, and there’s no telling just who else might join before it’s all said and done.

Brian Boone of Grunge points out several key reasons why Vince McMahon should be sweating right now when it comes to the AEW, even if they’ve said that they’re not in direct competition with the WWE at the moment. Believe it or not, stealing or enticing the top talent to come over to the AEW isn’t one of them, since there are plenty of reasons why Vince should be experiencing a number of sleepless nights right now. One word should keep him awake the most though: healthcare. It’s a well-documented fact that WWE keeps all of its wrestlers, most of them at least, as independent contractors that it can somehow keep on as employees without giving them the proper benefits. They’re not free to go where they please thanks to their contract but they’re independent contractors, which is odd since those two facts generally don’t mix. But putting that aside, AEW has already stated its intention to provide healthcare for its EMPLOYEES, yes you saw that right, as this is one of the biggest things that a wrestler could ever need. Considering the beating they take inside and outside of the ring and the injuries that occur from time to time, healthcare, which most wrestlers pay for on their own, is a must-have that the WWE still doesn’t pay for.

Then there’s the idea that the WWE does play favorites and doesn’t treat some of its wrestlers all that well. This of course is a matter of opinion a lot of times and hearsay as well but it has been shown time and again that Vince seems to want to go as cheap as he can on some wrestlers and go for broke on others, which seems ludicrous since each one of them are there to put the fans in the seats. AEW though has been tearing it up since it came on the scene and isn’t stopping for breath as they’ve provided a new and far more engaging show than Vince has done in a long time since the WWE’s story lines have become rather tired, predictable, and in some cases flat out boring since they follow a very notable plot line that has been done over and over and over but is only kept vaguely fresh by new talent and sometimes more aggression. Otherwise it’s a snooze fest some nights that is slowly surely frustrating and driving away the fans. While the WWE is still the biggest pro wrestling titan in the industry, there is a reason to believe that AEW could possibly start to give the promotion a good deal of trouble if Vince doesn’t wake up and turn things around.

Personally, if Roman Reigns was to make his way over to AEW it’d be hard not to follow.