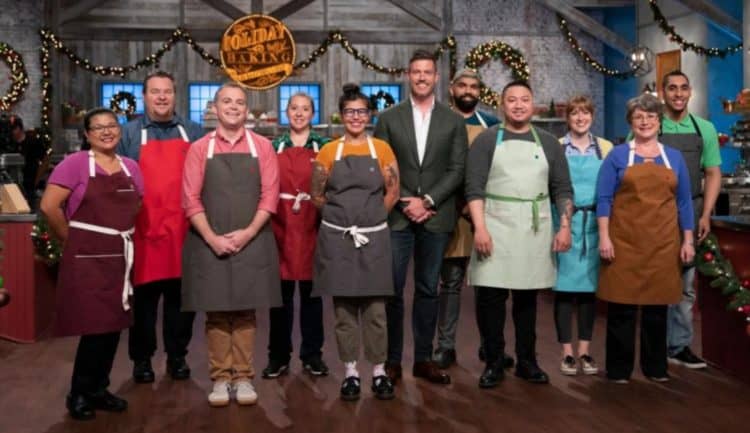 The television show “Holiday Baking Championship” is aired each season as a long-running competition series on the Food Network. It’s a popular show that involves a host and judges who assess the goodies that the contestants bake in a bid to win the top prize of $25,000. If you love to bake holiday treats then this might be the show for you. The show has come a long way in its progress since season 1 and here is how much it has evolved since it first aired.

The series has become longer in duration

The very first season kicked off on November 9th of 2014. Season one of the show only had six episodes in total. Since that time there have been a few changes made in the duration. The second and third seasons featured a full 8 episodes. The fourth and fifth seasons aired 7 episodes each and the current season six is set to air 8 episodes once again. The show has become more fully fleshed out and is longer than the premiere season.

The show has a different host

Bobby Deen began as host and presenter of the show in November of 2014. He continued to host the show through seasons one through three. Jesse Palmer took over the job for the fourth and fifth seasons and has also returned for season six. If they follow the same pattern we may be seeing a new host for the seventh season but if not he will be back again next year. There has been no word on this matter yet so we’ll just have to wait and see.

The one thing that remains constant with the Holiday Baking Championship competition is that the main panel of judges is all professional chefs. They are the best qualified to give a fair and accurate assessment of the contestants’ efforts and the final products that they get to view and sample. The judges are Duff Goldman who also had a show on the Food Network titled “Ace of Cakes,” Lorraine Pascale, a model from the UK that turned chef, and Nancy Fuller who is a pastry chef and the host of “Farmhouse Rules,” another Food Network show. These are permanent judges on the show so there is a fair amount of consistency in the judging, however; they still get into disagreements about the quality of the foods prepared but this is probably due to their personal preferences which can vary greatly.

There have been several spin-offs made

The show brings up humor from previous seasons

As the show has progressed now through six seasons there have been moments of hilarity. Jesse Palmer and the judges look back over some of the funny things that were said and done in the past seasons of the show. One spinoff that has come out of it is “Holiday Baking Championship: Holiday Survival Guide.” It is on this show that some great tips for surviving the holiday season are shared by Jesse Palmer along with some flashbacks to a few amazing desserts to give viewers some great ideas on what they can make for this season. Another one hour special that has come out of the show is “Holiday Baking Championship: Sweet Revenge which brings back three of the previous runners up to compete in yet another holiday baking challenge.

We see more behind the scenes footage

Another way that the show has evolved is that there is yet another weekly series that has come from the show called “Holiday Baking Championship: Extra Sweet.” This gives viewers a look at the “Holiday Baking Championship” from behind the scenes. Jason Smith takes fans backstage to see some of the camera feed and Jason also spends time talking with the contestants and the judges. This helps the viewers to become a bit more involved with the show and it gives us a little more insight into the contestants’ lives, where they come from, why they’re competing on the show and what they may plan to do in the future. It’s all good information that helps to enhance the viewing of the show which only lasts for an hour for each episode. It’s nice to have a more complete backstory to go along with the cutthroat competition as the hopefuls do their level best to create the best holiday goodies ever.

In the six seasons that “Holiday Baking Championship” has been on the air, it has inspired many young chefs and bakers with novel and unique creations. We get to see some new and creative holiday ideas as well as some great techniques for achieving culinary perfection. We’ve also learned from the feedback of the judges what has worked and what hasn’t. The show is as educational as it is entertaining and it’s a great resource for getting some new ideas for dishes to prepare for the holidays. The show is inspirational and it has set off a volley of new great baking and cooking shows that take us through the different seasons. It’s a serious competition for each of the chefs involved as there is $25,000 on the line. That serves as a good inspiration for doing your very best work, but in the end, only one chef can emerge as the number one winner, and the audience gets in on the highlights of the competition from the comfort of their own homes. It’s a popular series that has the potential to go on for decades more.