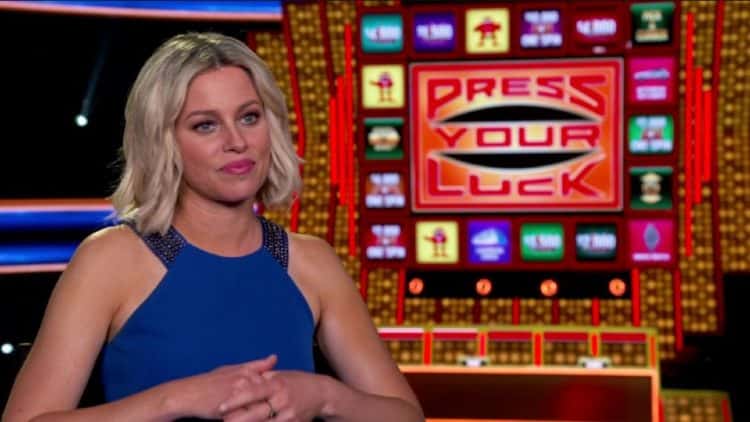 Press Your Luck was one of the most popular daytime TV shows of the 1980s. It only ran for three years but over 750 episodes were made in that time, including the one that saw Michael Larson win over $110,000. At the time this was the largest amount of money that had ever been won in a single episode of any game show. This is probably the first thing that people think of when Press Your Luck is mentioned. Fans that remember this will be wondering whether there will be another jackpot of this size that will be won this time around.

When ABC announced that they were going to bring back Press Your Luck, people were not too sure what to expect. There has been somewhat of a trend lately for rebooting TV shows, and they don’t always stay true to the original programming. However, there are not really that many differences between the old show and the new one and the format is something that people who watched the original will immediately recognize. Some of the key differences between this show and the original are detailed below.

The new host of the show is actress Elizabeth Banks, best known for her role as Effie Trinket in The Hunger Games films. It was announced that she would be the host a month before the show began to air. Deadline reported that Karey Burke, president of ABC Entertainment, has been quoted as saying Banks was the ideal choice for the role of host as she is smart and funny. She is also a big star in her own right and this has the potential to draw in viewers. Peter Tomarken hosted every episode of the original series and so this is the first time that the show has had a female host.

The format of the new show is very similar to the way things were in the original. Contestants answer general knowledge questions to earn spins on the board which could earn them cash or prizes. However, they could also land on a Whammy which is an animated character that steals all the money that the contestant has won so far. The Whammy’s were one of the most popular aspects of the original show. There were several different characters such as Tarzan and Ali Baba that would appear on the screen and be seen leaving with piles of cash. The graphics that are used to create these Whammy’s are a lot more advanced now than they were in the 1980s which makes them look even better on the new show. There are also a larger number of different Whammy’s in the new show compared to the original. Not all of these Whammy’s would have been used in the first show and so fans will have to keep watching to the end of the season if they want to see them all.

The show now airs for a full hour, which is slightly longer than the original show. The show is split into two distinct halves, with all contestants taking part in the first half. The more questions that the contestants get right, the more chances they will have to spin the wheel, but this does not necessarily mean they will be the ones with the most money at the end of the first round. There are different cash amounts on the board and a contestant could consistently get low amounts. There is also the danger of getting a Whammy on the last spin which would leave the contestant with nothing. When this part of the show is completed, the contestant with the most money will go on to take part in the second half on their own. It is in the second half that this contestant will have the chance to win the largest amounts of money.

The review that was carried out for Pajiba suggests that the final game within the show is now more exciting than it was in the original. The main difference in this round is that contestants now have no choice but to spin, which makes things more exciting. There is the possibility that they could win even more money, but there is also the chance that they could lose everything. This makes for a very tense scenario and there is often a range of emotions that the contestants and the audience go through. This section of the show lasts slightly longer than it did in the original and this is the reason that the whole length of the show has been increased.

According to TV Insider, another big difference from the original show is that prizes are now tailored towards specific contestants. Each contestant will have the opportunity to preselect prizes that they would most like to win and these prizes will be added to the board during bonus rounds. This gives viewers the chance to find out more about the contestants and the people that are important to them. These prizes can be anything from a holiday for the whole family, or an item that they have always wanted to own. This makes the contestants more relatable to the audience and this makes them more invested in whether the contestants do well which adds to the excitement of the show.

The first episode of the reboot of Press Your Luck has been well-received by audiences and it appeals to a wide range of people. Over 3 million people tuned in to the first episode and this helped to give ABC the best viewing figures it has had on a Tuesday evening for several years. The viewers that remember the show from the first time round will be pleased to see that all the main concepts of the show remain in place. The changes that have been made are generally considered to have improved the show and there is enough excitement in the show to bring in a new audience. Elizabeth Banks is a well known celebrity and the fact that she hosts the show is something else that will appeal to the younger generation.