For those of you who may have never heard of Ronda Rousey (we doubt there are many of you), this thirty-two-year-old former mixed martial arts fighter and current professional wrestler goes by the nickname of “Rowdy.” It’s a good name for her, too, because she kicks up dust everywhere she goes. She also kicks some serious butt. Rousey already has several significant achievements under her proverbial belt, a belt that’s only worn by champions, and she doesn’t look to be slowing down anytime soon. She was the first woman to earn an Olympic medal in judo in 2008. It was after this that Rousey begins pursuing a career in MMA.

After working her way through King of the Cage and Strikeforce, she became the first female UFC champion and took part in the first women’s fight in UFC history when she defended her title. Rousey went on to set the record for most UFC title defenses by a female, defending her title six times. Sadly, the seventh time ended in defeat. After losing a second time in the UFC, Rousey decided to take her talents elsewhere. However, in 2018, she became the first female to be inducted into the UFC Hall of Fame. She paved the way for female MMA athletes. She was also inducted into the International Sports Hall of Fame as well.

After UFC, she enjoyed success as an actress for a while, appearing in several movies. One of the most notable was The Expendables 3, which is Sylvester Stallone’s trilogy starring many famous fighters both on and off the screen, such as Arnold Schwarzenegger, Jet Li, Jean Claude Van Damme, Bruce Willis, Wesley Snipes, and many more, including UFC legend Randy Couture. With sporadic appearances in the World Wrestling Entertainment (WWE) since 2014, Rousey is now a RAW Women’s Champion, too. As such, she is literally changing the face of WWE. For many, the belief that the future is female rings clear and true. In fact, even Vince McMahon, long-time WWE CEO, was reported as having given Rousey credit for helping to make it happen.

It is true that Rousey brings both sports popularity and celebrity to the WWE, but she may be bringing even more than that. She likes to be the first to do a lot of things that in the past were typically regarded as “men only” activities and she isn’t about to stop yet. Becoming a professional wrestler has opened another ‘first’ door – Wrestlemania is going to feature its first-ever women’s main event. The main event, which is set for April 7, 2019, is the first time women will go on last at the pay-per-view WWE event which is its biggest of the year. Rousey, who is currently the Raw women’s champion, Becky Lynch, who is WWE’s favorite as of right now, and Charlotte Flair, daughter of the legendary “Nature Boy” Ric Flair will all three be in the what is referred to as a triple-threat contest.

In the last several years, the pro wrestling giant has placed emphasis on women’s wrestling in a bid to grow their female audience. WWE is hoping to begin reaching women of all ages, and it seems to be working. There was a ten percent growth in women ages eighteen to forty-nine and a fifteen percent growth in teenage girls. Although there was a slight drop in the male audience, it wasn’t enough to even worry about – maybe one percent.

WWE may have already been expanding to both include more women and to interest more women as well, but bringing on Ronda “Rowdy” Rousey was undoubtedly a smart move. Rousey is one of those women who laugh in the face of adversity while she’s putting it in an armbar and making it tap out. From a young age she has had to face both misfortune and hard times, but she has always come out fighting every single time.

Rousey is a winner. She’s beautiful; she’s funny. She’s a great actress and an even better fighter. WWE is lucky to have her in their ring and it can only benefit them both. It has already helped WWE in a considerable way. Just when they were trying to up their female audience and inclusion, Rousey has come kicking down another door. No matter what she does, it just seems the number one follows her around. Whether she’s in first place or the first one to do something, Rousey is one woman to definitely watch out for. 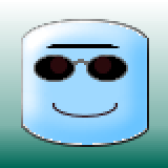 Melanie Ruth is a freelance writer who has loved writing for as long as she can remember. When sheâ€™s not writing, she also designs and sells handmade jewelry, collects rocks and minerals, and has well over three hundred elephants in her collection (and that wonâ€™t stop her from buying more!). She loves being outside and enjoys camping and hiking. The outdoors has often given her inspiration when facing a bout of writerâ€™s block. As Melanieâ€™s writing career continues, she hopes to be able to do many styles of writing.