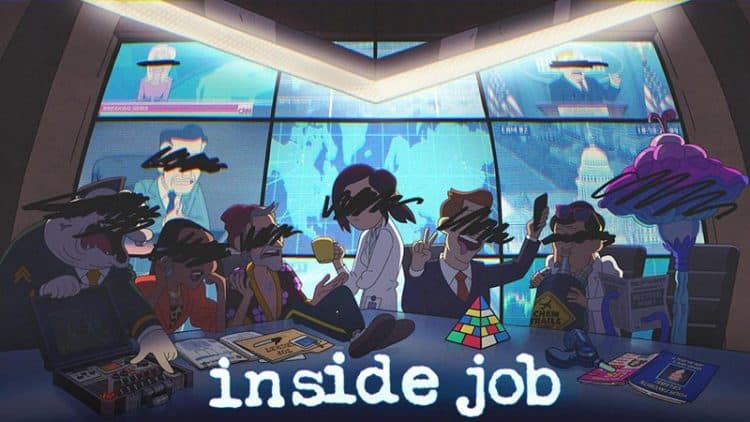 “Inside Job” was a show that premiered late last year on Netflix and featured a great cast that included Lizzy Caplan, Christian Slater, John DiMaggio, Clark Duke, and notable others. Upon watching the initial trailer, of course, there were some similarities immediately between “Inside Job” and “Rick and Morty” but not a larger part of any story or even the characters themselves portrayed as any direct similarities between the two sci-fi shows. If any of the cast members sound familiar that is because they have all, if not most, come from otherwise popular projects. Lizzy Caplan could be found previously in movies and television, and even premium cable with “Party Down”, while John DiMaggio was famous for portraying the character of Bender in “Futurama” and most recently “Disenchantment” which is also available exclusively via Netflix. Although Netflix decides to cancel shows that appeared that they had potential and fanbases overall Netflix decided to terminate these shows for reasons that are assumed to be underperformance compared to expectations or predictions. Below, we’ve gone into detail on “Inside Job”, “Rick and Morty”, and how the two shows are definitely leagues apart from one another, and other somewhat similar shows.

As stated earlier “Inside Job” featured Lizzy Caplan as the lead voice on the show as a scientist working for a secret division of the government, along with her father who’s an ex-employee in the first episode. Overall the show featured this secret wing of the government and how it hides several things, as well as manipulates, the public. The show, only within its first season, did a great job tackling topics such as racism, government secrets across the history of the nation, and even small conspiracies that have been worth the buzz as of late. The voices of the show occupy the strangest of characters from employees of the company, to aliens, and other projects and abominations that are suspected to exist in the real world. The show pulled very direct and major influences from real-life events or government speculations, such as the faked moon landing. Overall, “Inside Job” pulled from its own side of science fiction that also felt a scary amount of real and accurate and separated itself from other shows that could normally be compared to or pulled from such a show.

Rick and Morty, which I’m sure anyone reading this article would, at the very least, be aware of the show, followed a boy and his inventor scientist grandpa. While immediately this sounds simply like an animated version of Back to the Future, which the show is mildly based on, but in reality, the show is among one of the most raunchy and unique shows of its generation.  The show has a very strong scientific element, much like “Inside Job”, but “Rick and Morty” follows a much darker scientific theme overall and has so far featured a very structured storyline, surrounded by comedy. “Rick and Morty”, without a doubt, exploded into popularity more than most people could have expected, except for possibly Dan Harmon, who has created a variety of shows that ended up with cult followings. Even during the first season of “Rick and Morty”, much like “Inside Job”, separated itself from other shows like it with its unique art and comedy styles. Overall, “Rick and Morty” may have heavy science themes much like “Inside Job” but in reality, they both cover a separate, yet wide, variety of themes that help separate them from one another.

Is Inside Job Netflix’s Rick and Morty?

On paper or upon initially being presented the idea, normally a company would probably say no to the premise of a show such as “Inside Job” due to its similarities with “Rick and Morty”, and other adult cartoons like it. Netflix on the other hand sees potential in a large variety of projects, which can be noted from their anime renditions as well as other content from other franchises and previously existing works of media. Personally, I believe that Netflix was always one of the million to say yes as they give a chance for the cult following to take hold. Clear evidence of this could be demonstrated by the fact that the streaming service kept several shows alive beyond their so-called expiration date, such as “Lucifer” which may have led to the Netflix deal that featured “The Sandman” as well. Overall, Netflix certainly helped bring “Inside Job” the props and recognition it deserved in order to place itself away from “Rick and Morty”, as well as other shows similar to it, and ensure viewers that the shows are leagues apart. 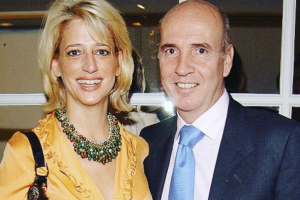