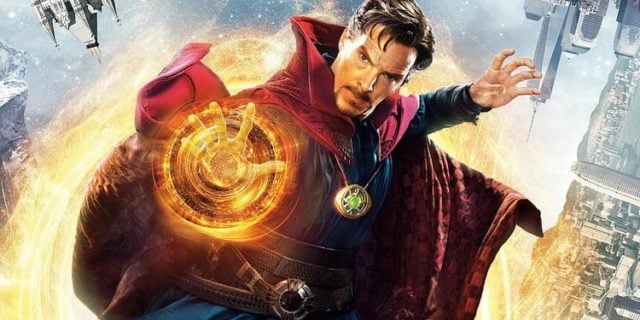 I think I may have been going through Doctor Strange withdrawal.  I realize that the last thing we posted about the Marvel film was the outtakes of Benedict Cumberbatch.   Actually no, we posted a video of Doctor Strange with unnecessary censorship which was complete gold.   But since that time we haven’t really seen much on the internet with regard to one of our favorite Marvel characters.  But the wait was worth it as the fellas at Screenjunkies put together another one of their honest trailer gems and decided to take on Doctor Strange.

The film received widespread critical acclaim, currently holding a rare 90% Fresh certification on the popular review aggregator Rotten Tomatoes.  The film also hauled in $675 million worldwide after its 4 month theater run.  But despite the success and good reviews, when Screen Junkies gave it the ol’ Honest Trailer treatment, there was no holding back.

The trailer claims the film is basically the same experience as watching “Iron Man on weed.”  But there’s just so much more!  Check it out below:

Marvel’s Doctor Strange follows the story of the talented neurosurgeon Doctor Stephen Strange who, after a tragic car accident, must put ego aside and learn the secrets of a hidden world of mysticism and alternate dimensions. Based in New York City’s Greenwich Village, Doctor Strange must act as an intermediary between the real world and what lies beyond, utilizing a vast array of metaphysical abilities and artifacts to protect the Marvel cinematic universe.