Home
Television
Young and The Restless
Young and the Restless Spoilers: Hilary and Devon Look Back 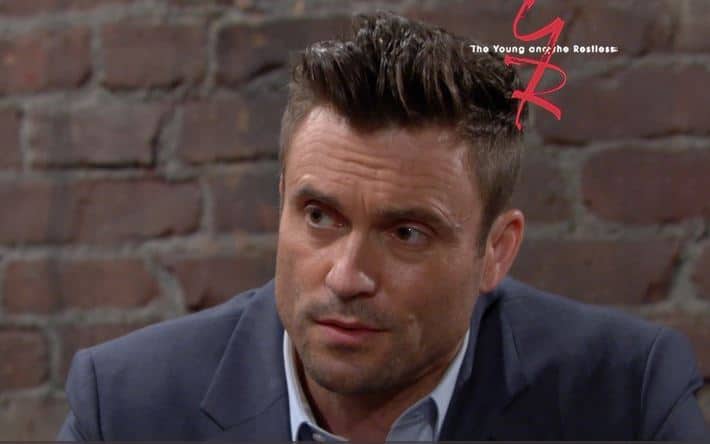 Young and the Restless fans know that Cane has been working hard to make things right in his life. His wife’s accident has hit him very hard, and they have to make sure that they are in a good place. He wants to be sure that he is no longer involved in anything questionable in any of his life and his relationships with people who matter to him. Life is too short, and he has too much to be thankful for and to handle on his own. He has a lot to offer, but he also has to be sure that things are turning out for him the way they need to. We also saw Phyllis open up about a few things in her own life. She’s in a rough place with Billy now that she’s found out he’s a liar and that he’s been doing all these things behind him. It’s ugly and unfortunate, and that’s what happens.

#Hevon is a place on earth with these two! â¤ï¸ @MishaelMorgan1 and @BrytonEjames reminisced on some of their most memorable scenes together just for you. What’s been your favorite moment with Hilary and Devon? pic.twitter.com/bMh5qP6U3z

We think that it’s been a beautiful moment watching as Hilary and Devon go through their love and life together, and we know that Mischael Morgan is leaving soon. She’s off to have a baby of her own, and she’s saying goodbye to the show. This means Hevon is about to say their final goodbye, and we loved getting to take a walk back in the park with them as they talked about their love, their relationship, and their time together. It’s been extra sweet, and we think you’ll also love this little clip they put together discussing their situation with one another.

Phyllis and Billy will not make things work out again. They are working hard to be sure that they are able to get their situation under control, and they are not going to find it’s easy for them. You see, he is going to disappoint her again, and she’s going to handle it poorly. She seems to forget that she also slept with another man recently and totally didn’t mention it to him, and they don’t seem to realize all they do is hurt one another. They are not in a good place, and we don’t know how to fix that for them. They have to get this situation under control in their own way. But they won’t, and things are getting even rockier between them.

We are also going to see Devon and Hilary have a celebration. They want to celebrate their love for one another, and they want to do it now. They know they might not have much more time together, and they do want to be sure that they are able to make sure they celebrate right now. They are still happy, but they are upset and missing out on being parents. Hilary’s health is not well, and they are not going to have much more time. However, this is what they have, and they are not going to have a lot more to do about her health. And this is what they are faced with. They are handling their losses and changes well, and that’s so wonderful for them.