Home
Entertainment
News
Here’s Why Mike Richards is Stepping Down as the Co-Host of ‘Jeopardy!’ 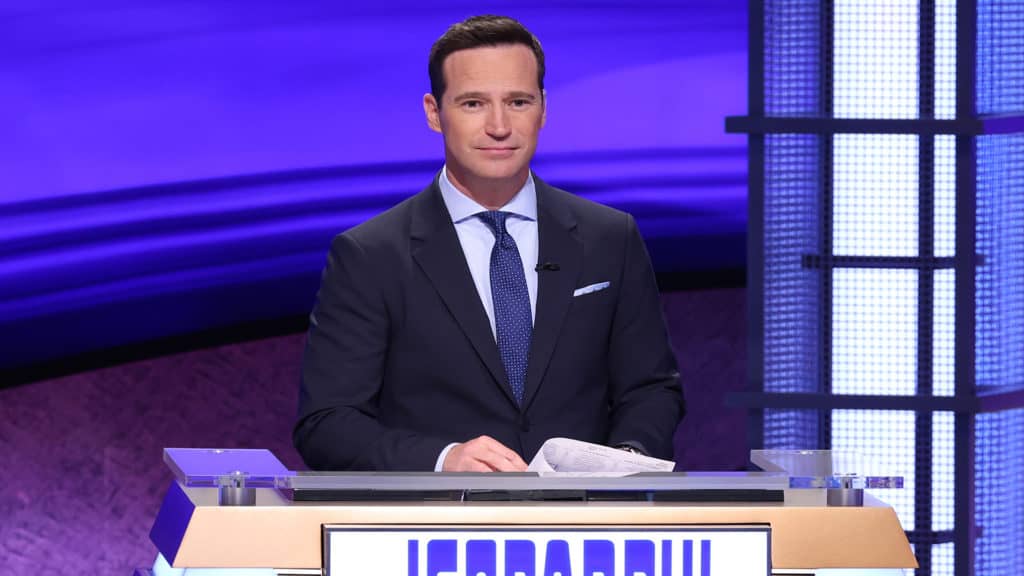 Without any obvious bias, if people are going to be held accountable for things they’ve said in the past, then it might be that Hollywood and many other locations throughout the world need to empty out quickly and quietly or be reminded that a double standard does exist when calling someone out for something they did or said years before. The reason for bringing this up is that the newly-announced co-host of Jeopardy!, Mike Richards, is apparently stepping down from his hosting duties after it was established that he said something sexist and controversial during a podcast…years ago. The fact that he did say such things in a podcast some time ago is impossible to deny, but the other fact, that he’s likely moved on and even feels sorry for these comments, doesn’t appear to be taken into consideration at all. The double standard exists since there are many upon many people in Hollywood that have said and done things that could be brought back to haunt them and yet some of those that are seeing fit to condemn Richards are likely those that wouldn’t appreciate having the spotlight focused on them.

The only safety from such treatment at this point is to stay as low-key as possible and avoid gaining the type of attention that might cause individuals to look into one’s past in an attempt to call out bad behavior, but the truly saddening part of this is that many do feel that there is an agenda at play and that it’s bound to keep being played until the fan-favorite that many want to see behind the podium is selected. One major problem there however comes with the issue of fairness and not being judged too harshly for things that were said in the past that might not a part of Richards’ belief system now. In other words, it is possible for people to change, which would make holding their past against them a very hateful and spiteful thing to do, especially when it’s words and not actions. Delving into the past when it comes to many celebrities might not be too comfortable if such a thing became common practice when it came time to cast individuals in certain roles or select them for certain positions, which is why this moment comes off as entirely hypocritical on the part of anyone that might have called for Richards’ removal from the host position.

From music to TV to movies, one has to wonder how many people should rightfully be in jail at this moment but aren’t for the simple idea that being famous somehow makes them exempt. Keep in mind that many of those who are in show business, no matter what they do, and enjoy immense popularity today, have either said or done something far worse than make sexist comments on a podcast. The fact that Hollywood doesn’t call out its own unless there happens to be a reason to do so is troubling as it indicates that anyone who wishes to state their beliefs or their opinions should no longer be safe when it comes to what positions they’re allowed to hold, where they’re allowed to work, and what types of work they’re allowed to do. There are many, MANY examples that could be laid out for the perusal of the fans, and it’s common knowledge at this point that many celebrities have stepped over the line more than once, but act of finding a scapegoat has always been a common thread when such moments occur.

At this time there are even those who want to claim that Richards might have appointed himself co-host instead of listening to the fans, which is in effect pouring more gasoline on this greasy flame in the hope that, well, I’m not sure what it would accomplish. Gossip and slander rarely accomplish anything other than to cause a divide among fans, and it’s likely that such might be the case this time as well. But in regards to the hosting spot of Jeopardy!, one might hope that nothing so underhanded would be used since it only makes the show look bad, but it dishonors the memory of the man that helped to make the show so great.

Hopefully this will blow over and things will move forward as more guest hosts will be announced eventually in order to start the process again. Or, perhaps Mayim Bialik will finally take the podium on her own and things will move forward. Right now it’s hard to know whether to side with Richards or to simply hope that this mess is sorted out, but it does sound as though Richards is stepping down to avoid any other controversy, no matter that whoever started this fracas has done a fine job of it on their own.