Home
Television
The HBO Hackers Are Beginning to Win: Here’s Why 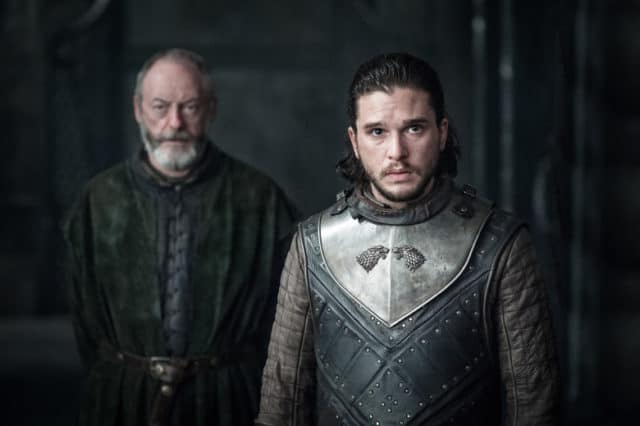 The rash of hacking crimes that have been plaguing major healthcare and other business corporations has been trending for the last decade and is picking up the pace. While some businesses refuse to negotiate, others quietly resolve the ransom demands without saying much to the press. Vulnerabilities are easily penetrated by tech savvy hackers who consistently discover ways to beat the most comprehensive security systems. The HBO network has joined the ranks of cyber victims and here is what we know about the situation.

Hackers were able to access the HBO system and steal 1.5 terabytes of data, according to their claim. We’ve seen some proof of this as there was a release of content exclusive to HBO including “Room 104” and “Ballers.” They also took a month’s worth of emails which they hacked from a programming executive and the summary of a script for “Game of Thrones.”

The hackers’ original demands were forwarded to HBO in the form of a video letter. It informed the company that their huge network was successfully breached. They demanded a monetary sum from the network, but the original figure was later changed. HBO does not want to acknowledge any payments made because it would set a precedent for cyber criminals that would give them a green light. It is uncertain if the network has actually paid the amount stated, it could be the case that they are stalling for more time to research the breach.

A strategy used by HBO

Execs of the network corresponded with the hackers and requested for more time to reiew the material that was sent to them via the criminals. They asked for an extension of the one week deadline that the crooks had set in order to set up an account and make the quarter of a million dollar payment in bitcoin. This information has not yet been confirmed, but rather is the rumor that has leaked out about the case. The news that has been obtained about the situation is believed to be fairly reliable.

There has been a rash of such incidences, but they are kept as tightly under wraps as possible to avoid giving cyber thieves the impression that it is easy to get away with this type of extortion. HBO execs are making an attempt to disguise the payment as a reward for pointing out vulnerabilities in their system as this is more palatable than giving in to blackmail. This is the reason why the payment is being referred to as a “bug bounty.”

When asked about the authenticity of the alleged email and the corresponding information that is being shared, HBO executives declined to comment, suggesting that they do not want to be dishonest about the problem, nor do they want to disclose information which could be potentially harmful for the network and for the industry as a whole. It was also noted that the hackers responded to the request for deadline extension that indicates they are not pleased with the “games” that HBO has been playing with them. We’ll just have to wait and see what happens from here. It is fairly apparent that the criminals have the advantage at this point.