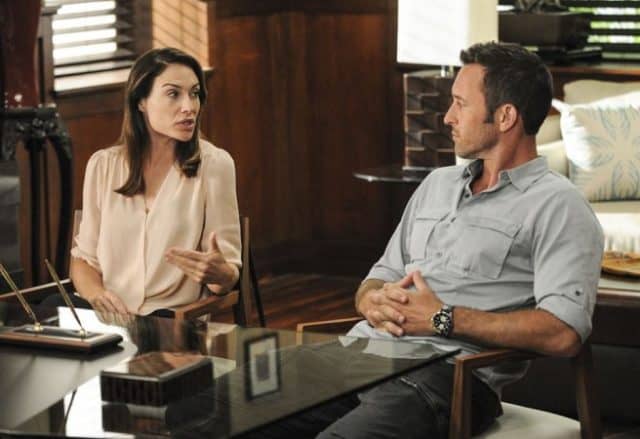 This far into an action series, you’d think there’d be something lacking in the story. On the contrary, season 7 of Hawaii Five-0 just keeps getting better and better. This week Chin and Kono work through some significant personal hopes, and still have time to kick butt in their cases. The case of the escaped drug dealer has some great moments, and the serial killer story steps it up a notch. No matter what changes, the humorous beats and banter remain the same. Certainly Danny will continue to nag Steve about his liver transplant for probably the rest of their career, all in the name of the best bromance on the island.

Chin is just as devastated as Sara is that she’ll be leaving soon to live in Mexico with her maternal aunt and uncle. He’s thought about fighting it, but Sara’s already lost both of her parents. That little girl has been through enough, she doesn’t need a court battle. The way Chin figures it, Sara’s remaining family is nothing like Gabriel, and they can provide her a stable home in a way Chin can’t at the moment. Chin would make a great father, but if this is what he feels is best, that’s the way it has to be. Don’t think for one second that Chin isn’t going to fight to see Sara every chance he can.

Kono deals with a major blast from the past this week. Rosie Valera was Kono’s friend and competitor when they used to surf together. We know Kono’s story. She blew out her knee and switched careers. Rosie fell on much harder times. She enlisted in the Army to please her father, then lost her legs to an IED in Iraq. Rosie calls Kono when she is accidentally picked up by the police. The two have a great day reminiscing about their teenager years on the Pipeline. Even Kamekona remembers her, and asks Rosie to sign a few Shrimp truck t-shirts for advertisement. At the end of the afternoon it’s back to life as everyone knows it. Rosie actually now lives in one of the homeless camps on the island. The war changed her. She couldn’t live with her parents and work through the emotional trauma. There are some parts she needs to do on her own, but other times you just need a push. Rosie can live her life however she wants, but she shouldn’t live in fear of something that used to bring her so much joy. With Kono’s help, Rosie gets back on the board and back in the water.

The main case of the week is a DEA agent who was thrown to his death from 10,000 feet in the air onto a house. Agent Evers was killed by Hector Frontera, who was in town to discuss a new drug pipeline going into Europe. There only way to get to Frontera is to pretend to argue in front of his partner Sanchez. It’s not that hard considering they spend 90% of their time together arguing. I particularly love that Danny chooses this moment to explain why there is a drain in the interrogation room! The DEA leak is Agent Amy Raines, who’s been sleeping with Frontera. He rewards that loyalty by shooting Raines in the head so he can quickly make his escape from 5-0. 5-0 and the DEA aren’t the only ones looking for Frontera as he tries to get off the island. Frontera walks into one trap only to be scooped up by even more enemies. These kidnappers aren’t that bright since they want to exchange Frontera for the $10 million he had. Steve makes the exchange, taking all necessary precautions to make sure the kidnappers think they are getting their way. They are prepared for all the usual tricks, but they definitely weren’t prepared for Kono to pop out of the evidence bag! That was a neat trick, one that Kono refuses to do again.

When former FBI serial killer profiler Alicia Brown told McGarrett she didn’t want to be involved in his serial killer case, she meant it. Waking up next to one of the killer’s corpses forces her to cooperate. The theory is that this was a message to Brown and Five-0 that the game is still on. Brown now has no choice but to play along. The victim was just a message, his body is going to be of no use to them. The real clues will be found investigating the death of the officer who was originally looking into the killer. Sure enough, when Brown has Officer Lao’s body exumed, a second autopsy shows he was murdered. Corpses can’t talk, but Brown thinks that maybe his former therapist can. Confidentiality does end with death after all. Brown and McGarrett visit Dr. Madison Grey (Law & Order alum Elisabeth Rohm), who was talking to Lao at the time of his death. Dr. Grey doesn’t even walk in the door before Brown has a startling realization. Dr. Grey happens to have a “History of Medieval Chess” book in her office. Coincidence? Judging from the promo for next week, it isn’t.

What did you think of all the tricks and fun moments this week? Which was your favorite? 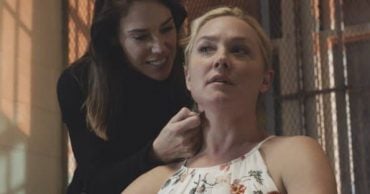 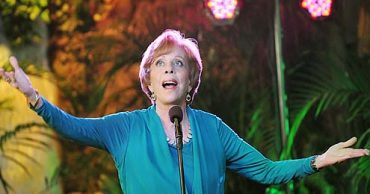 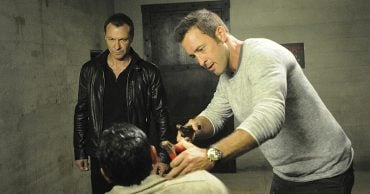 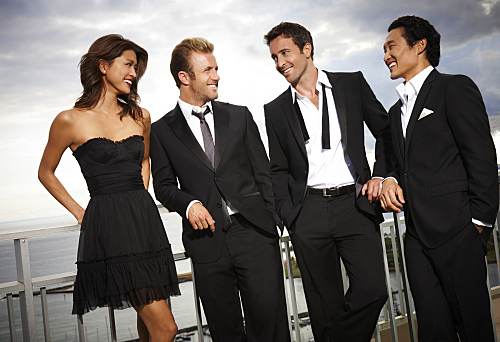 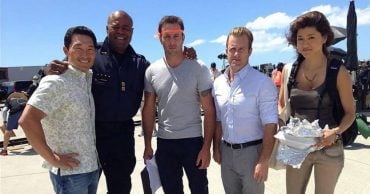 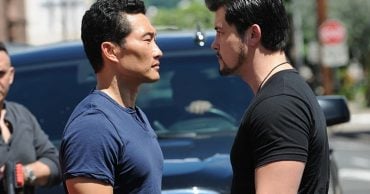