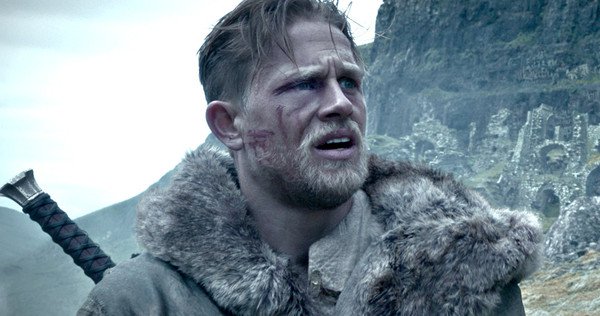 Actors regret roles they didn’t take all the time.  It’s a natural part of Hollywood.  What one actor or agent may think of the potential of a movie role, another actor or agent might think the opposite.  It’s why we have so many fun articles on the “What could have beens.”  Things like what if Molly Ringwald accepted the lead role in Pretty Woman?  Stuff like that.    On the other side of the spectrum are the roles that actors should most regret playing.  You know, stuff like “what would have happen had Elizabeth Berkley not starred in Showgirls?”

One actor who I admire for his choices thus far is Charlie Hunnam.  Hunnam’s been around as early as 1999 when he was in Queer as Folk.  I’ll never forget him in the show Undeclared.  But as we all know it was Sons of Anarchy that truly brought him into the limelight.   But there was one move he made that I loved.  Hunnam turned down the role of Christian Grey in Fifty Shades of Grey.  I remember at the time it was kind of a big deal.  Obviously it was the right move because something tells me he wouldn’t be Arthur today had he played that part.

But today you can add another awesome turn down in his career.   First, here’s what Hunnam said about Fifty Shades.  “It was the worst professional experience of my life.  It was the most emotionally destructive and difficult thing that I’ve ever had to deal with professionally. It was heartbreaking.” If Hunnam got that worked up over Grey, imagine how he feels about turning down a role in Game of Thrones.

While promoting King Arthur: Legend of the Sword, Hunnam told the Sun, “I would love to do a Game of Thrones cameo. They offered me a cameo on that show a little while ago, but I was shooting something else, so I wasn’t able to do it. But maybe in the future, who knows.”

This is obviously way different than a regular part but I’m looking forward to more turn downs from Hunnam.