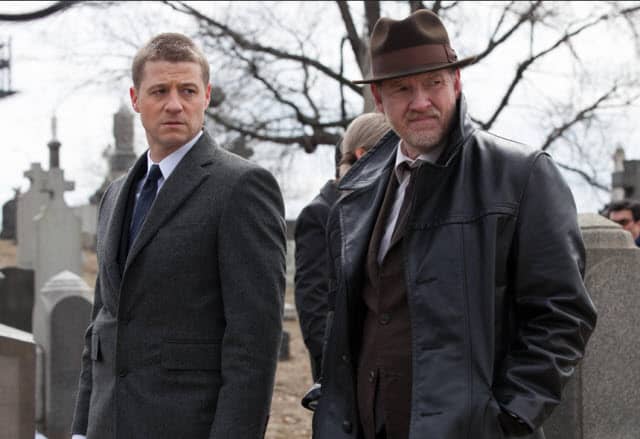 One of the most anticipated new dramas this season has been FOX’s Gotham, the Batman prequel that tells the story of how the famous villains came to be some of the ruthless criminals in Gotham City as well as in the DC Universe. This is a pilot that has been received quite well by several critics as well as fans who have been able to see the episode in advanced. Did the pilot for Gotham live up to its hype? The answer is, Holy Yes, Batman!

The pilot sets up the Batman universe in a fresh way compared to what has been done previously while at the same time, making it look and feel familiar to versions that we have seen before of the Batman mythos, whether it’s in a comic book or in a movie. Even though it’s television show, pilot director Danny Cannon made this episode feel very cinematic along with a strong written script by Bruno Heller (creator and executive producer of Gotham). I really appreciate the fact that they picked New York to be their Gotham because it will give you some fascinating visuals and it’s going to make the city feel like a character in a way.

I give them a lot of props for managing so many characters in one single episode because this is an unusual sized cast of characters that they have, especially for being a DC Comics show. Obviously, not every single one of them could have received equal amount of screentime or dialogue, but they had just enough for me to be interested and wanting to see more of them, individually. It would have been great if perhaps Selina Kyle had been given at least one piece of dialogue, but I can definitely wait for next week because Camren Bicondova left me wanting to learn more about her version of Catwoman.

There are a lot of key points that is going to be the heart of the show, but one of them is without doubt the dynamic and feisty relationship between James Gordon and Harvey Bullock. The casting of Ben McKenzie and Donal Logue was phenomenal because they play two characters you could see argue and bicker all day long and yet, you would still want to see and hear every bit of it.

McKenzie definitely wears some big shoes here, not because of actors who have played Gordon before, but because Gordon is such a key character in the Batman mythology, that it’s a huge responsibility. Fortunately, he completely sold me as James and I’m going to enjoy see him lead this show in a fantastic way every week. He carries that sense of optimism and hope that we have always seen of Gordon as he is in a police force that is corrupt and dark.

Logue portrays a very accurate version of Bullock, although I do miss seeing him eat donuts like he did a lot in Batman: The Animated Series where you would see him hold at least one donut in every episode he was in. Even though Bullock is shady, you actually understand a lot where he is coming from. Since this is his first time in live-action, there are so many ways where they could take him and being such a fan of the character from the animated show, I think he is going to be one of the most compelling characters of Gotham.

The main villain of the show is Fish Mooney who is played by Jada Pinkett Smith and she completely blew me away. Fish is one of my favorite new characters in a long time for several reasons. One of them has to do with the fact that she isn’t a character from the comics so you don’t really know what her destination is and that makes it all a bit more fun. I also think she is a very strong female character and seeing how much control she has, makes it very compelling for me as a viewer.

What also boosted her character was the character of Oswald Cobblepot who is played by Robin Lord Taylor who completely stole the show. He sucked me in so much and he is definitely one of the breakout stars of this new TV season. I have been a fan of the Penguin for many years, but he was always one of those characters that was just straight on evil. Taylor’s version has been given a new layer that we have never seen before in any interpretation and even though Danny DeVito’s version of the character in Batman Returns was someone that you could feel sorry for, I care and sympathize a lot more for Taylor’s version. I want to learn everything about Oswald and based on where he ended up at the end of this pilot, we are going to get that and that has me very excited.

There was some criticism towards the pilot because of its over usage of Easter Eggs, but I didn’t really feel that it was too much at all. It would have been bothersome if any of the Easter Eggs or the alluding dialogues had been done cheesy, but I never got that. There was very little to complain about in the pilot, other than the fact there were perhaps some characters that I would have wanted to see more of. But we are just one episode in so we will get to see plenty of all the characters.’

Overall, the Gotham pilot was successful in many ways as it sets up several great storylines that is going to keep the train going for this show for many years to come. Every character in the pilot hooked me in whether it was David Mazouz’s strong and young Bruce Wayne, Cory Michael Smith’s funny Edward Nygma or Sean Pertwee’s rough Alfred Pennyworth. This is a must-see show and hopefully, you the readers were just as captured by this pilot as I was. 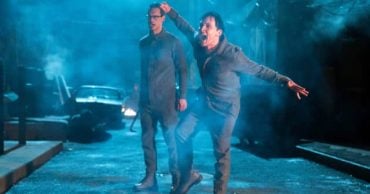 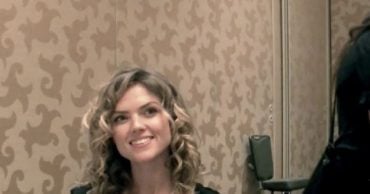 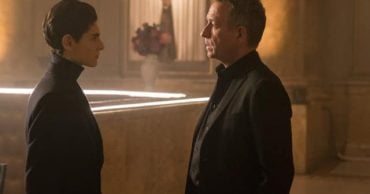 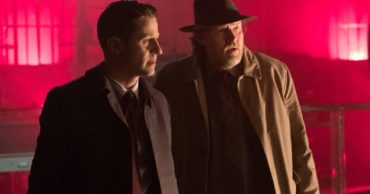 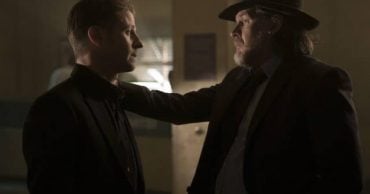 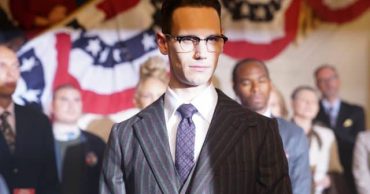