Home
Television
Riverdale
Good For Molly Ringwald Getting a Part on Riverdale But What the Hell Luke Perry? 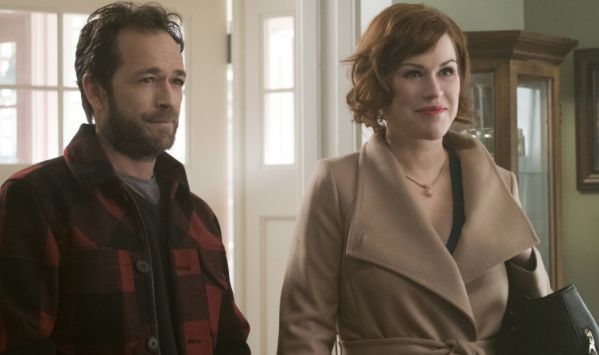 When I saw this picture I thought two things.  First one was ” Good for you Molly Ringwald.  You could have easily laid down and just accepted you wouldn’t be on television or movies anymore.  But you didn’t.  You’re still getting roles and making a living, AND you can poke fun of you 80s self.  Seriously, good for you.”  The second thought was “What the hell Luke Perry?  You’re 50 now?  You were Dylan McKay for Christ’s sake.  What are you doing playing Fred Andrews on Riverdale?”  P.S. Ringwald is almost 50 as well.

As I read what I just typed I almost feel sexist but it’s true.  I mean I met Luke Perry back in the day when I was an extra on HBO’s Oz (true story).  I couldn’t even open my mouth.  That was Dylan McKay!  You can’t mess with that.  It just pains me to see him with a scraggly beard and that jacket.   But you know what?  He’s still getting steady work too so kudos to Perry as well.  Seeing these two side by side is weird don’t you think?  I would imagine these two side by side in an 80s movie, not as players in the show Riverdale and being well past middle age.   Here’s a synopsis of the episode Ringwald will be in.

In the episode, entitled “The Lost Weekend,” Mary returns to Riverdale to finalize her divorce from Archie’s dad Fred (Luke Perry). As you can imagine, Archie’s not thrilled about this development, but he “hides his true feelings,” according to the official episode description. (Maybe he can write a song about it?)

But while she’s in town, will Mary find out about Fred’s ongoing affair with Veronica’s mom Hermione? And is there any way she’s somehow entangled in the Jason Blossom murder-mystery? If you’ve been watching this show, you should know by now that nobody‘s hands are clean in this town. 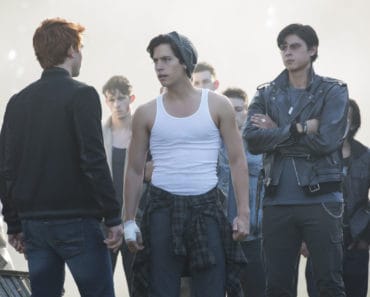 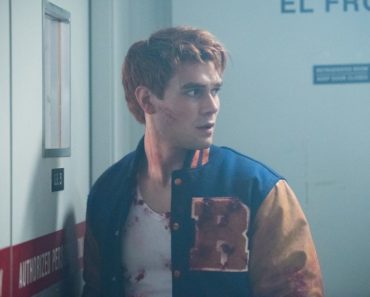 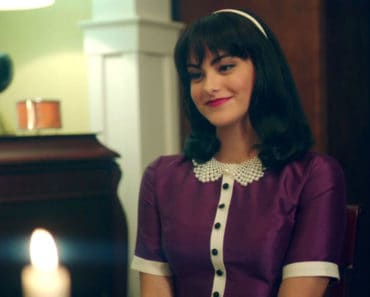