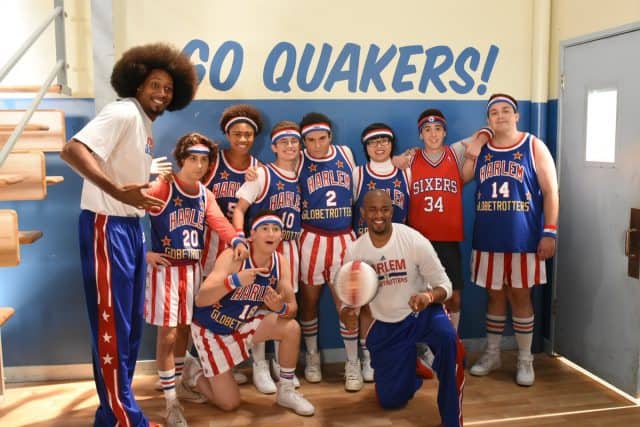 Another week, another edition of the best comedy on television. Let’s take a look at what happened on this week’s new episode of The Goldbergs, “Globetrotters,” as the Harlem Globetrotters come to town.

The main story in the episode deals with Barry’s love of the Harlem Globetrotters. When Murray buys tickets to a Globetrotters game, Barry is absolutely determined to not miss it (no matter how sick he is), but Beverly refuses to let him go when he’s so bad off. Because of this, Murray is forced to take his healthy son, Adam. Adam doesn’t at all care about basketball, but he ends up underestimating the showmanship of the Globetrotters and has a blast at the event. Afterward, Adam’s obsession becomes even stronger than his brother’s, and it leads to a pretty powerful rivalry between Adam and his friends and Barry and the JTP. Adam puts together a video of a game that is edited to make Adam’s friends look fantastic and the JTP terrible, and it manages to get passed around among the entire school. Barry, incredibly angry at his perceived embarrassment, bans his brother from participating in any of his interests ever, and the ensuing argument between the two increases tensions even further (the scene of Barry pretending to be into Adam’s hobbies is one of the funniest of the season so far). To settle things, Barry and Adam compete against each other to see who can be the better Globetrotters, but, surprise, they’re both really, really bad at it. In the end, though, Barry decides to keep his relationship with Adam strong by letting him into his life a little bit more.

Elsewhere, it’s Murray’s 50th birthday, and he doesn’t really care about the milestone. Unfortunately for him, Beverly is set on making the day special for her husband. He makes a mistake, though, and falls asleep before the party, and nobody in the family can find him after the guests arrive. He ends up sleeping through the entire party, and the debacle causes Beverly to wage war against him until he can prove that he cares about the meaningful moments in the family. Murray throws everything in his wife’s face by acting like tax returns are the way that he marks moments, but she easily sees through the charade (I love the show’s use of sentimental music in a subversive way here, too). When all is said and done, Murray understands what Beverly means and surprises her with a big moment for their lives.

“Globetrotters” was, again, a strong episode of The Goldbergs that did a really good job of showing how these characters can develop over time when given the space that they need. The best progression that I’ve seen so far has been Murray’s, and it’s so nice to see him accepting more of life’s sentimentality as he grows older.

It’s nice to see set characters still develop over time, and “Globetrotters” is a great example of this for The Goldbergs.