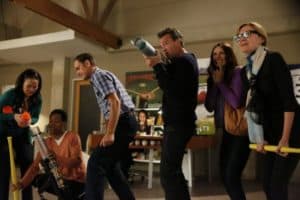 After having last week off due to the presidential debate, Go On aired a new episode last night. “Any Given Birthday” had its moments (I pretty much loved every scene John Cho had in this episode), but overall, it still suffered from most of the unfunny lines and gags that have plagued Go On in recent episodes. For a comedy that has been NBC’s biggest hit this season (aside from Revolution), Go On still does not provide many laughs. It mainly relies on the likeability of its actors (specifically Matthew Perry, John Cho, and Laura Benanti) and the few moments that it tugs at our heartstrings (like Ryan’s scene tonight on the balcony with Janie). An enjoyable cast and powerful emotional moments are great strengths to have, but as I have said before in earlier reviews, Go On needs to figure out what kind of comedy it really wants to be before it can truly excel.

My main issues with last night’s episode stem from the character of Mr. K. I will be the first to admit that I found Brett Gelman’s performance in the first couple episodes of Go On to be enjoyable, and he has had a few good one-liners since. However, last night it felt like the writers were trying too hard to make Mr. K funny, with his random obsession with Cyd Charisse and Gene Kelly to his line about “getting attached quickly” to Anne. I never even cracked a smile during any of his scenes. I’m fine with him getting a weird line or two every episode, because that’s his “thing” and some people find it funny. However, the writers of Go On need to learn that random does not always equal funny and that a little bit of Mr. K goes a long way.

My other problem with last night’s episode is one that I have discussed before: the fact that Ryan must always have some big, convoluted obstacle to rise above in every episode. Last night’s main plot was not particularly horrible (Ryan’s first birthday without Janie is actually something that I can see being explored, so the group going on a scavenger hunt with him mostly worked). I realize that every episode needs a conflict and that Matthew Perry is the star of the show, but I would like to see the action shifted to someone else besides Ryan once in a while. Instead of the group constantly coming to help him and his constant realization that he loves the group (which lasts for one episode before we do it all again next week), maybe we could have Ryan see someone else struggling and help them, like he did in the first couple episodes of the series. With the same structure every week, Go On has already become to feel repetitive, and that is not a good thing to say about a comedy that is only seven episodes into its first season.

Criticisms aside, I did really enjoy John Cho’s Steven throughout this episode. Cho is an awesome comedic actor and pairing him with Sonia was a great idea. I laughed out loud at his “fashion show” for her, and at Ryan’s comment about him looking like “Ducky from Pretty in Pink.” I also really like Go On‘s running joke that Ryan looks like Rachel Maddow; it shows that Perry himself can take a joke about his appearance and is the kind of goofy humor that Go On can do really well when it wants to. Hopefully, we’ll see more Maddow jokes and less Mr. K absurdity in the future.

– I like how Go On continues to bring back Janie and have her talk to Ryan. It really helps us as an audience better understand the pair’s relationship, and Matthew Perry and Christine Woods play off each other really well.

– John Cho singing “Dust in the Wind” is comedy gold. This man deserves his own show.

– Fausta to Danny when he cannot hit the cardboard cutout of Ryan with the T-shirt gun: “I thought you were in army!” Danny’ response: “They were a little more supportive over there.”

– Best line of the whole night came from Ryan while talking with Lauren: “I can pretend I enjoy anything. I’ve interviewed soccer players!” 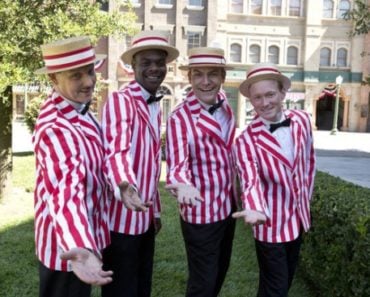 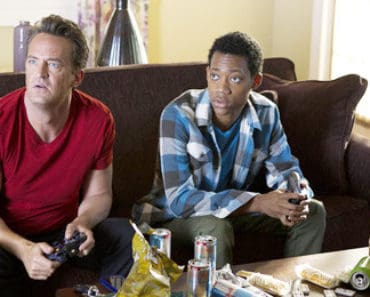 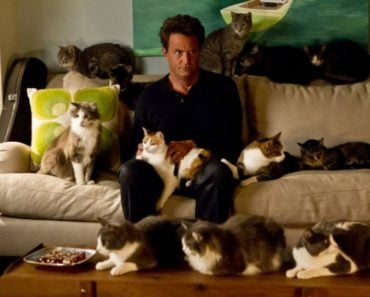 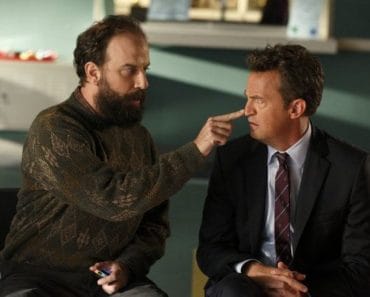