Home
Television
Get to Know Katie Lowes of Scandal 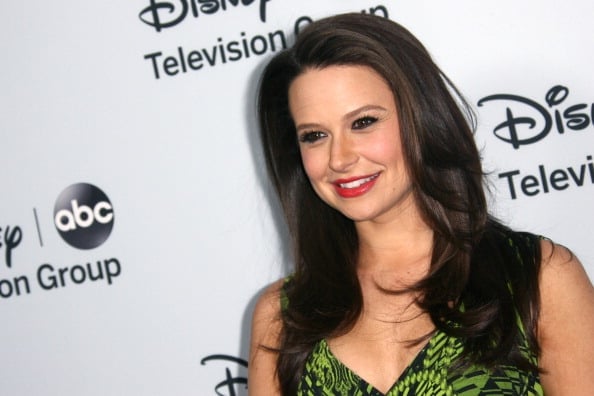 While I’ve never been an avid Scandal watcher myself, anytime I do put the show on, I’m always  impressed by the performances from the series’ actors. However, the person on the show that I find myself most impressed with is easily Katie Lowes, who plays Quinn Perkins (formerly known as Lindsay Dwyer) on the ABC drama. While you may know Lowes’ Scandal character Quinn very well, there a lot of things about Katie Lowes herself that you may not have heard. Here are five things you (probably) didn’t know about Scandal actress Katie Lowes.

She’s been in a lot of different television shows.

Before she got her series regular gig on Scandal, Lowes was a perpetual guest star, bouncing from show to show, whether it was a comedy or a drama. Her long list of TV credits include Guiding Light, Damage Control, As the World Turns, The Sopranos, Without a Trace, NCIS, Ghost Whisperer, Swingtown, Castle, Leverage, Private Practice, Grey’s Anatomy, and The Closer, among a couple other lesser known programs as well.

A native of Queens, Lowes attended New York University Tisch School of the Arts, more commonly referred to simply as “Tisch,” before getting her big break into acting. After graduating from Tisch, Lowes was cast in the stage play Four Saints in Mexico. In 2004, not long at all after getting cast in Four Saints in Mexico, she snagged her first television role in the Denis Leary firefighter drama Rescue Me, which ran for seven seasons on FX.

She’s a founding member of the IAMA Theatre Company in Los Angeles.

Although she’s now a major television actress, Lowes has not forgotten her theater roots. The Scandal actress is a founding member of the IAMA Theatre Company in Los Angeles. The theatre company began in 2007 and, on its website, is described as “an ensemble of theater artists seeking to connect and cultivate a new generation of audiences. By promoting new artists and developing new works that challenge and entertain, we hope to produce vibrant, voyeuristic theater that stimulates honest dialogue and sustains the future value of theater within our diverse Los Angeles community.”

She and her husband are obsessed with Oreos.

Lowes and her husband, actor Adam Shapiro, are not simply Oreos fans. The couple are straight-up, fanatical groupies of the famous cookie and worship Oreos as if they were gods that ruled the earth (not that I can blame either of them). Want proof of their Oreo devotion? Look up the photo of Lowes and Shapiro’s wedding cake, which wasn’t actually a cake. Instead, it was a giant stack of Oreos that they and their guests were allowed to dive into.

She loves to sing karaoke (and actually isn’t too bad at it).

In addition to her obsession with Oreos, Katie Lowes is also a major lover of karaoke, something that she also shares with her husband. Supposedly, the couple will go out to karaoke bars with friends or simply look up karaoke videos on YouTube and play them when they have guests over. And if you want to see Lowes’ karaoke skills for yourself, check out the absolutely charming video of her on Ellen below. Her personality alone is making me want to start watching Scandal full time.

*She also went to high school with the owner of this website!