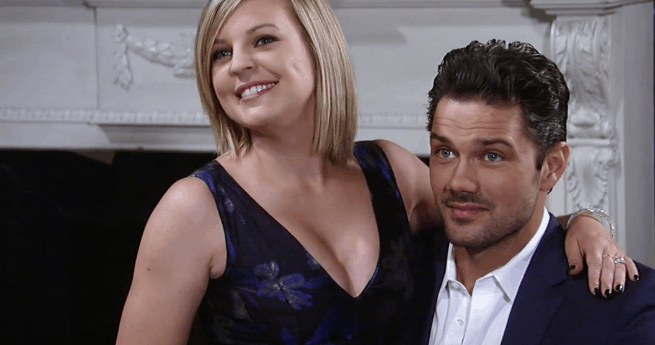 General Hospital fans know a thing or two about disappointing, and we cannot deny the fact that we seem more heartbreak than we do anything else around here. It’s just the way that it is around here, and there is very little we can do about that. There does not appear to be a thing we can do other than situate ourselves with the many ways that people can be disappointed. We are often disappointed in Port Charles. We love some things, dislike others, and sometimes we find that things don’t work out the way we really want them to. That’s the most disappointing part, if you ask us. We do want to love everything, but that would get a little bit boring. However, we do dislike being disappointed, but 2019 has brought a lot of that.

Sam and Jason’s Lack of Togetherness

They’ve been in love with one another for about a million years, and he is back and better than ever. Yet they are still not together. It’s not that they don’t want to be together, either. It’s that they cannot be together. They cannot be one another’s one true love because they have too much else going on, too much else to do, and too much in their lives to make things work. But, they are currently in the middle of this investigation into the DoD after what they did to Kristina, and they are not getting any better because of it. She is deep undercover, and that means she has so many other things on her plate and no ability to announce to the world that she is in love with her man. And, that is disappointing. Things seem to have stalled, too, and that’s one of those things that makes us worry a lot. Is there no more chance for them to be together?

There was a time when we thought that they might be able to get it together and find love with one another, but we now realize this is not the truth. He is simply unlovable, and she’s too good for him. She has her flaws, but he is the one who is a hot mess through and through. He is a man who has no problem being awful to anyone, and he has no problem with the way he treats her. He’s been awful to her, and his idea of how to make that up to her is not the way to go at all. By faking a daughter for her to be happy and to be the one who found her for his wife, he’s only made things worse than anything else. He’s only made his situation an uglier one for everyone on board, and that is nothing good or pleasant. We can only hope that he is someone who will find another way to make things work for him in the future.

We wanted so much more from them this year. They had so many horrible things happen to them, their family, and their loved ones throughout the past few years, and we did really hope that they would find something else that worked for them. We did think that they would find something that would make their lives seem better and more exciting, and they did not. They did not find anything that would work for them, and they did not find anything that would make their hurt seem less. In fact, they’ve found nothing but additional problems and situations that don’t work for them. They’ve been driven further apart, and they’ve been given a chance to let that get into the middle of their marriage.

They are too close, and we aren’t happy with the way they are figuring one another out. She came into Port Charles looking for a reason to take him down, make him the problem and the solution to all of her life issues, and then she became friendly with him. They are too close, and his wife is not a fan. She’s not happy with that, and she’s not happy with other things he’s choosing to do where this woman is concerned, and that is something we worry about.