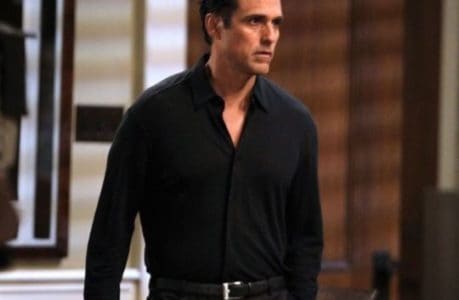 General Hospital fans know Sonny is hard at work trying to find out who is the man who is responsible for kidnapping his friend and his twin brother. He wants to know who is behind this, who took them, who did this. It’s his new obsession, and he will not find a way to stop what he’s after until he finds what he is after. There is a lot of mystery surrounding what happened to Jason and Drew, and there is a lot to be found. And we want to know, too. What we hear is that Sonny gets some information this week.

We hear that he might find out that there is something going on about Faison. We all know he is/was Helena’s righthand man and that he knows more than anyone. So they are going to look for him — Sonny and Jason, that is — and they are going to hunt down whatever evidence they can find. They want to know, and they will not stop until they find out.

And that might be dangerous. We do know that Dr. Obrecht told the man to run. She’s in on things, and she knows that he is being searched for. She warned him with enough notice to keep him safe — for now. But we know Sonny is not about to sit back and let things happen that aren’t in his own plan. So the man might be able to run, but we know he can’t hide at this point.