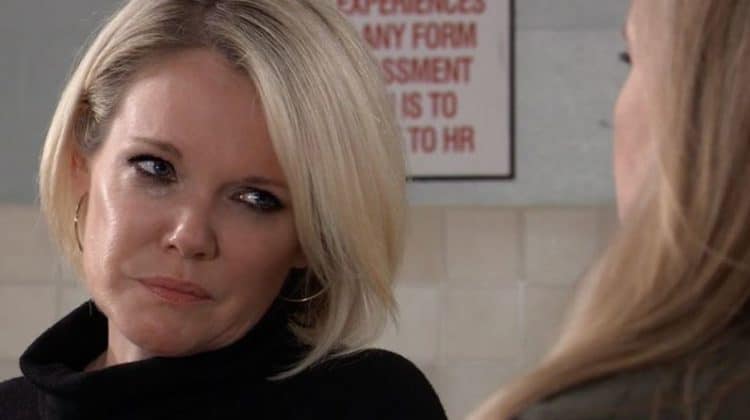 General Hospital fans literally spent the day in front of the screen yelling at Franco yesterday. As if he is not frustrating enough in so many ways, he spent time doing something awful — and we couldn’t stop him. He is currently in a place that doesn’t allow him to feel very good about things, but he is in a place that is going to send him looking for some advice. Unfortunately, the advice he went looking for is not coming from a very good place. He went to Kevin. But we all know that Kevin is not Kevin. Kevin is missing and being held hostage, and his twin brother Ryan has been living Kevin’s life for months now. He’s cheated on Kevin’s wife, he’s lost his vision, he’s made mistakes, and he’s made it his mission in life to live a life that is awful in terms of murdering people and doing horrible things. And he’s good at that kind of awful life.

However, he is not the kind of man who has anything wise or nice to offer in terms of advice. Unfortunately, Franco doesn’t know this and he goes to him. Basically, he’s asking an overgrown child and a murderer to help him make important life decisions, and we all know that this is nothing short of awful news. And that’s a simple situation. For now, though, we are going to focus on the fact that there are some things that might work out for them in terms of other things. We do know that there is a lot happening in their life, and that there is a lot happening Ryan’s life. He might be discovered soon, and we only hope that is true before someone takes his awful advice and ruins their own life.

It must be fun to play two totally different characters and deal with them the way they are meant to be dealt with.

Franco is spending some quality time with Aiden today, and we are just hoping that this is one of those things that will end well. He went to Kevin for advice, and we are hoping that spending time with Aiden is going to keep him off the path that Kevin sent him down. He’s trying so hard with this young man, and he’s looking to make a difference with his life. And he’s not going to spend much time wasting his breath on things that don’t seem to work well. Perhaps Aiden will learn to keep things in a nice place, but there’s not much we can expect to see in one day. Lucas is sympathetic, but he’s got his own life situations going on, and he cannot spend his life working on the problems that everyone else has. He’s being as good as he can be, but he’s not going to find things are working in every manner.

Sasha is going to show up and surprise Nina. She’s been gone, but she’s showing back up and she’s going to make sure Nina knows she is here. It’s a situation for her that might work well in many instances, but it’s more of a situation that might work when there are things going on in her life. She’s got an agenda, and we are clear on that one. She’s not here for anything positive, and it’s not anything that will make us feel good as she gets into it. She’s a mess, and she will drag Nina into that with her, we can be sure of that.
Stay tuned for more General Hospital and be sure to check out TVOvermind daily for the latest General Hospital spoilers, news, and updates.