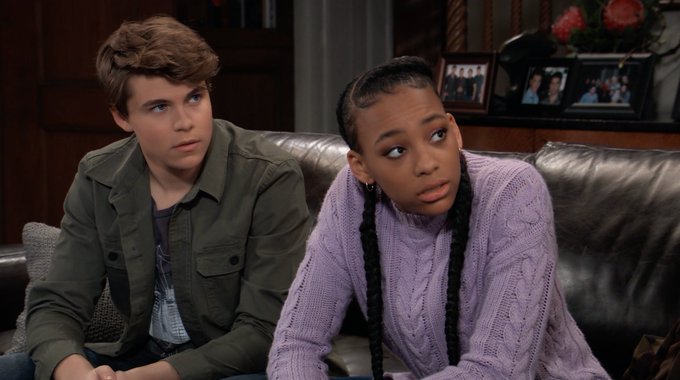 General Hospital fans know that Alexis wants to do what she can. She’s in a place right now she didn’t think she’d see herself in, and she’s working very hard to change conversations and to make good choices, but it’s not always going to work. She’s got things working in her favor, and she’s not sure she can handle things outside of her favor. But, she’s also someone who has to focus on things that might not make the most sense. She’s going to change things, but by how much? How much can she change right now as this is happening in her world? What can she expect to do and work out? What can make this easier on her, and how will this be different? We can’t say. She’s got to make some decisions, and they might not always be easy ones for her to make.

Then there is the fact that we cannot see things getting any better for Jason, who is just as wary as they come. He has no idea who to trust anymore, he’s not sure that the plans that Sonny has are going to work, and he’s not sure that there is any reprieve for them in the near future. He has to change the way he is looking at things, but can he? Can he make this better? We just don’t know, and we aren’t sure that it’s going to get easier. Maxie and Lulu are a mess, and they certainly don’t seem to have anything going for them that’s going to be better. They don’t seem to know what might happen, how it might work, or how to fix this, but they do need to move on from this right now. They don’t have time for this nonsense.

Brando already has a client… and there are red flags from the moment they walk into the shop.#GH is dramatic, new and starts RIGHT NOW on ABC! #JohnnyWactor pic.twitter.com/0VLSngBG2Y

Anna is not a happy woman right now. There are so many things going on that affect the people she loves and the life she is living, and she’s furious. She’s upset that there are so many things that are not working for her. She is upset that there are people being hurt, and she’s upset this is even happening at all, and she is blaming Jason. She is sure that this is his fault, that he did this, and that there is nothing else in the world that might make this change. She’s sure he is the man who caused this to happen, and that it was his direct response to things that changed the game for herself and the people she cares for, and she’s not even trying to keep this secretive.

On the other side of things, we can see that Brando is worried. He’s got Sonny asking him to do him a favor, and it’s not a good thing. He knows that this could cause things to blow up, and he’s sure it’s not good news. He’s positive he’s going to end up in more trouble than he wants to be in, and this is not going to do things that are helpful in his life. There is nothing we can say or do right now to change this, either. But, there’s a lot more going on. We can see it, we know it, and we aren’t going to let this go until we know how it all ends. It will be soon, we promise.