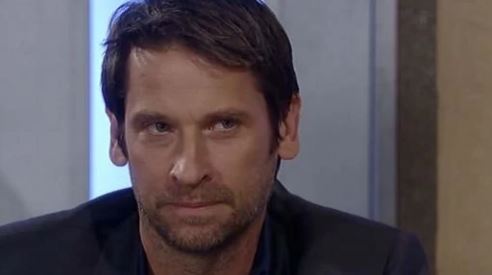 General Hospital fans aren’t amused by the way things are going for people these days. We are especially concerned for Liz. She’s been through so much in life. We know she is a big girl and she’s capable of making her own life decisions and whatnot, but we do worry. She’s so fragile about so many things for such a strong woman, and she’s not making many good decisions these days. She’s unhappy, but she’s looking for her happiness with Franco.

Sadly, we think he is far too focused on his own past and the twins to focus on his upcoming wedding. He keeps having nightmares, he can’t focus, and he’s not paying attention to anything but his own life right now. Liz might as well be a side piece for him the way he’s focused on her at the moment.

We know their wedding will go on, but we suspect it will be anything but pretty or perfect. We think it will be a drama-filled mess of horrible things all brought on by the fact that Franco can’t keep his mind off his own past. He can’t not know these things — and we get that. However, you only get married once. Well, we only hope to get married once, and he’s not really doing much to make this a special occasion for all involved. He’s making a mess, he’s making a mistake, and we also suspect he is putting Liz and her kids and loved ones in danger now.