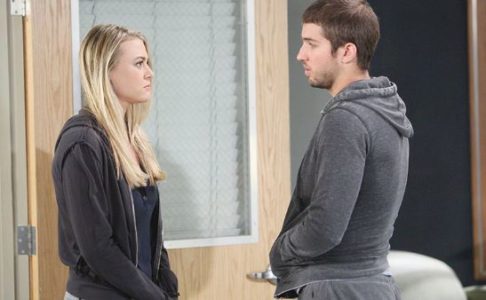 General Hospital spoilers are filled with details about Tracy’s last month on the show. She’s retiring — well, the actress that portrays this role is retiring — and it looks like they might be spending some quality time making sure Tracy gets out with a bang. We know right now that Finn is not sure what is going on with her, but he suspects that she’s up to something. We all know that the good doctor is no fan of honesty of his own accord. He’s spent his fair share of time lying to everyone he knows about his wife, whom everyone assumed was dead. He helped to save Hayden, and he’s fighting to find a cure for his horrible disease they share.

Finn is not precisely honest, but he’s also someone who can spot a fake and a liar from a mile away. Tracy has always been good at faking, lying, and making things up in order to get precisely what she wants out of life. She’s not afraid to make sure she can do that, and she’s not stopping now that her end is coming. Finn is going to question what she has in mind for her own motives, and he’s going to do it in a way that’s not very private. Of course, this means that they are going to show this line leading up to her exit.

We also know that Jason is still working with Sonny. They’re friends, and he will do anything for Sonny. This means breaking the law pretty regularly and spending as much of his time as he can making sure that Sonny has all the information he has about things he’s working on. Right now, Jason is going to approach Sonny with some good news, and we have a feeling that it’s only good for Sonny. What might it be, and what might this mean for Sonny’s future and his life as he knows it? Will this change his future with Carly, or does it have something to do with the son he recently lost?