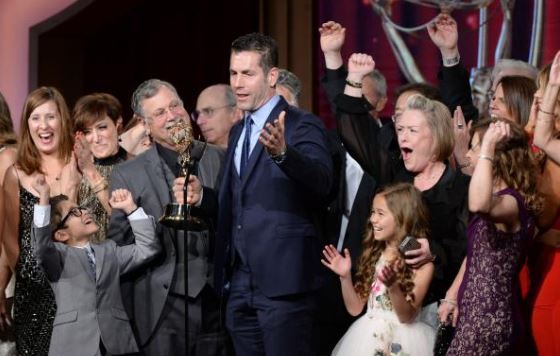 General Hospital fans have more than five decades of shows to keep up with, and many of those seasons have been met with Emmy wins and nominations. Some are better than others, and we all have favorites in every category. However, it is a major situation when a show gets not only an Emmy nomination, but a win. And it’s even more exciting when it’s the major wins and the major stars who are recognized for their hard work and their dedication, and we love to see that. This is why we are taking a long look at the history of the Emmys and GH — but all information is only up to date as of 2018.

Did you know the Daytime Emmy Awards have only been around since the 1970s? It was actually 1974 when the shows were first recognized for their outstanding actors, actresses and everyone else in between. It was amazing, and GH has had hundreds upon hundreds of Emmy nominations and wins since that day in 1974. In fact, this show has so many nominations and wins that we lost count numerous times trying to break it all down for you.

When the Emmys were first introduced in 1974, GH was nominated for a few. Seven, to be precise. Not one of the winners came from GH that year, but they made history being recognized. In the course of the rest of the 70s, the show as nominated a total of 14 times, and only one of those was a win. That win when to Peter Hansen, who played Lee Baldwin. The Emmy was for the Outstanding Supporting Actor in a Drama Series in 1979. He made history for the show that year with their first ever win.

The very first woman to take home a daytime Emmy from GH was in 1981 when Executive Producer Gloria Monty won the Emmy for an Outstanding Drama Series. She won several times over the course of the years, and she was not only the first woman from the show to earn an Emmy. She was also the second win for the show in the history of the Emmys.

1981 was a big year for the cast and crew of GH. The first female actress to earn a win was Jane Elliot. She’s the woman who had the role of Tracy Quatermaine. She won the Emmy for being the Outstanding Supporting Actress that year. If you remember the show from those days, you can easily remember why she was the winner. She was a stellar in that role, and she did it better than anyone.

2013 might go down in history as one of the worst years at the Emmy’s for GH. The show still received a staggering 27 Emmy and Creative Arts Emmy nominations, but they took home only two. Of the 27 nominations the show received that year, the winners were both for the Outstanding Supporting Actress in a Drama Series and the Outstanding Younger Actress in a Drama Series. The first went to Julie Marie Berman for her role as Lulu Spencer, and the second went to Kristen Alderson for her role as Star Manning. However, Lindsey Morgan, who plays Kristina Corinthos Davis was also nominated along with Alderson that year. That’s not to impressive, and the show knew then they had to pick it up.

It was another rough year for the show. The entire cast and crew only earned 14 nominations, but they did take home four wins. That might make up for some of the losses in our opinion. The winners that year were Tyler Christopher for his role as Nikolas Cassadine, Sean Blakemore for his role as Shawn Butler, Bryan Craig for his role as Morgan Corinthos, and the show won for Outstanding Drama Series. Worry not, though, because they came back in 2018 to lead the entire Daytime Emmy nominee list with 26 total nominations.