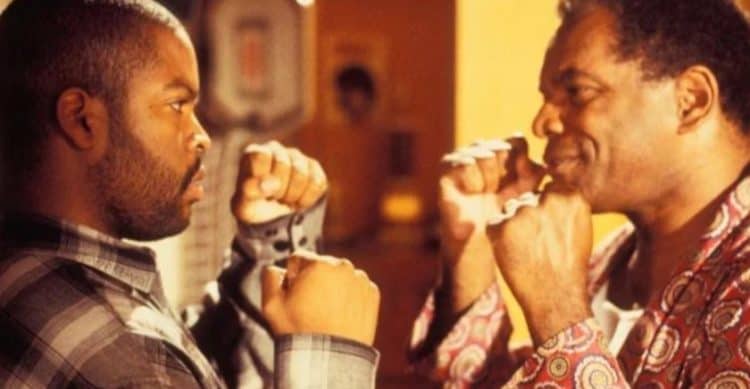 It would be great to see one last Friday if it was done right, but give a lot of respect to Ice Cube for saying flat out ‘no’ to the idea of bringing back Pops using CGI. The technology does exist at this point to bring back deceased stars and it’s already been put in use throughout a couple of movies and is being planned for more, but a lot of people are having a hard time accepting this. John Witherspoon, who played Pops throughout all three Friday movies, was a classic actor and someone that managed to give a lot of feeling and hilarity to the movies. Bringing him back with CGI might seem like a good idea to some people but to others it’s a level of disrespect that can’t be allowed and to Ice Cube, who’s been trying to push Last Friday for years now, it’s not even an option. Jeremy Dick of MovieWeb and several others are of the mind that Last Friday won’t ever happen since New Line has been sitting on the script for so long, but if there’s any chance of writing a script in which Pops is gone and the family has to move on it would likely be accepted and appreciated by the fans since giving Pops his final respects would be something that a lot of fans of the movies would love to see.

Plus it would be nice to close out the character arcs a little more since really things were still going the way one might expect at the end of the third movie, Craig and Day-Day were still more or less the same and everyone else was doing their thing as well. For the fourth and last movie it would be nice to see Smokey come back even if it was just a cameo, and it would be nice to see that Craig and Day-Day were finally growing up a bit since the course of the movies have seen Craig trying to become his own person. Whether or not it will happen is kind of up to New Line since Cube is on board with the idea and wants to see it pushed forward. But without Pops it’s going to be a different movie without a doubt and it’s likely going to need someone else in there to bolster things a bit since the rest of cast are funny as can be but they’re not Witherspoon. He came up with some of the best catchphrases and had the goofiest but also most sincere lines in the movie, so replacing him is out, but bringing in someone to perk up the movie would be a must.

Then there’s the matter of what the story would be about since the first movie came down to a confrontation with the neighborhood bully, Deebo, while the second movie came down to a confrontation with the Joker brothers followed by another confrontation with Deebo. The third movie was kind of odd since it wasn’t so much a confrontation as it was a continual chase that finally saw Craig and Day-Day throw down with a ghetto Santa Claus. Each movie had a theme and it was shown to be the continual growth and development of Craig, the main character, as he was learning one thing after another and trying to grow as a person. Of course the hilarity of it kept that aspect of the movie in check since every Friday we saw Craig and whoever he was with go through a general mess of trouble and challenges that were either of their doing or were thrust upon them in a manner that could have been avoided in one way or another. But Pops was there every time if you’ll note to help Craig out or at least lend advice when needed, and he was always good for a laugh or three. Ian Vickers of Click On Detroit has more to say on this matter. In the first movie he actually served to be an irritant to Craig as well as a father and mentor since from the start of the movie to the end he went from being the guy that was riding Craig for not getting his life together to the guy that kept him from making the worst mistake of his life. In other words Pops was one of the most important characters of the movie and bringing him back with CGI might sound like a good idea to some folks but to others it would be nothing less than disrespect on a massive scale.

Once an actor is gone it’s tragic without a doubt, but that’s the natural order and it’s something that gets bucked too often no matter how edgy or cool it might seem. In this case leaving Pops out of Last Friday would set up a different character arc for everyone and it might pull a lot of people back in for the final movie, if it ever gets made.