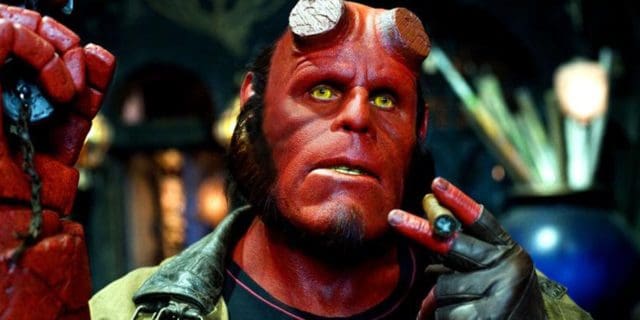 When a character is taken from a book or from a comic or some different form of media to be placed in a film, there are usually moments when you decide in your own mind just who would play those most crucial parts and who would be best suited. For nearly every role on this list someone else was considered for the role but the chance to bring it to life was only ever offered to one person. A few of them came to embody the role in a way that no one else could hope to do while a couple others could have been replaced, but the effect probably wouldn’t have been as great.

Here’s just a few that fit the role so perfectly that they didn’t have to vie with anyone else for it.

There’s talk that Robin Willams actually wanted this role, but due to Rowlings’ desire to have only English actors for the Harry Potter films he was denied. The part went to Coltrane largely because he had the right background and he was a proven actor by the time the films started. At this point it would be really hard to see anyone else try to fill Hagrid’s shoes.

It’s kind of easy to believe that this role might have been made with Ron Perlman in mind even though that’s not the case. If you look at Hellboy and then look at Perlman you get the sense that there’s no one else that could have played the big red guy so perfectly. He has the face shape, the body shape, and with the right prostheses can pull off the look with perfection.

It’s kind of strange that he wasn’t given a name until the credits, but oh well. It was thought that Kurt Russel would be Carpenter’s first pick for this type of movie since it would actually be something that Russel would do very well. But somehow Roddy Piper just fit the bill a little better and to be quite honest delivered the best line with a little more humor than Russel might have.

Marvel did almost a complete reboot on Nick Fury. Instead of being a grumpy, Caucasian spy starting to go gray around the edges he became a grumpy, sarcastic African-American that didn’t have to worry so much about the gray hair. Fury became an icon for the next generation of Marvel comics fans, and was even widely accepted by the older fan base that had grown up with the original Fury.

If you’ve ever read any comic book with Drax in it then you know he’s a bit of a dimwit. Honestly his lines aren’t many but Bautista definitely gave them the gravity they deserved. He’s not the most stellar actor in the world as of yet but he knows how to play a single-minded character to a tee. It kind of seems though like this might be his defining role.

Sometimes the directors are just scary good in how they decide to pick out the most perfect individuals for the roles they need. Nikola Tesla was called a madman by some and quirky by others, but in this film Bowie gives him an air of dignity along with the quiet madness that works just perfectly.

When you know who you want for role sometimes there’s no other person that will do.