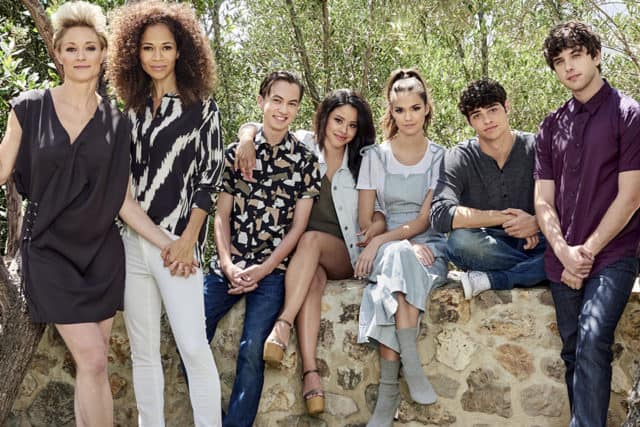 ‘The Fosters’ will come to end in the summer when the fifth and final season airs. The limited series finale will be shown over three nights and will bring the whole show to a close. However, fans do not need to worry too much about missing their favorite show as a spin off series has already been announced. Freeform have ordered a 13 episode run of the new season which is expected to begin filming shortly. The new show will air not long after ‘The Fosters’ finishes its run.

The finale of ‘The Fosters’ will lead directly into the new season, which is yet to be given a name. Maia Mitchell and Cierra Ramirez will reprise their roles of Callie and Mariana in the new show. It will explore their lives and experiences as they continue their journey to become young adults. There will be no significant period of time that has passed between the two shows. In terms of the characters of Callie and Mariana the new show will pick up exactly where ‘The Fosters’ leaves off.

The series producers wanted to continue the story of some of the characters that we have met during the show so that we can find out how they deal with the pressures of adulthood. It is only natural that the children from ‘The Fosters’ would go their own separate ways as they got older which is why only two main cast members will feature on a permanent basis. As young people reach that stage between their late teenage years and early twenties they do want to become more independent and they are not going to stay living with their parents forever.

Additional casting is yet to be announced for the spin-off series. While some familiar faces are likely to pop up every now and again in the new show, the majority of the main cast will be new characters. The show will follow Callie and Mariana as they find new jobs and make new friends and so we can expect several new characters to be introduced.

The message that has been delivered throughout all five seasons of ‘The Fosters’ is that it is love, not biology, that really determines what makes a family. It is expected that this message will also resonate through the spin-off as well. As people move on with their lives, they never really forget the people that had an impact on their childhood. In ‘The Fosters’ this does not just include the family, but other people who starred as recurring characters.

‘The Fosters’ was known for tackling a lot of issues that affect real people everyday such as homosexuality, drug use and coming from an inter-racial family. It was quite hard hitting at times but always carried the message that the love of your family will get you through any problems that you may be experiencing. It is expected that the new series will carry many of the same messages, despite only two members of the family being main characters.