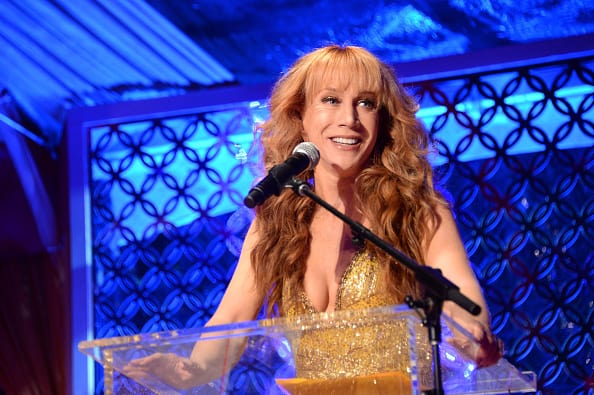 On Friday, March 20, the doors of McKinley High will be closing for good on the FOX series Glee. Over the six seasons the show has remained on air, viewers have met many different secondary characters. Who knew that Lima, Ohio was such a hot spot for up and coming singers to join high school glee clubs? We at TVOvermind decided to look back over the six seasons and 100+ episodes of the series and discuss some of the characters you may have forgotten about. Last week, we analyzed the forgotten characters for the first season of Glee, which included Matt Rutherford and Ken Tanaka. You can check out the article by clicking here. This week we will be traveling back to the 2010-2011 television season and looking at the forgotten characters from the second season of Glee, which include a dentist, an insane glee club coach, and a transfer student from the Philippines.

Though Lauren does briefly appear in several episodes during the first season of Glee, she is a part of the Glee Club during the second season of the series. New Directions needs a 12th member to qualify for sectionals, so Puck asks her to be a part of the group after she rescues him from a porta-p0tty. She only agrees only if she can spend seven minutes in heaven with Puck. He must also find her Cadbury eggs, which are currently not in season. Santana dislikes that Puck is more interested in her and starts a fight in the hallway, which Lauren ends up being the victor. She would leave the glee club at the beginning of Season 3. The character has made several appearances over the last few years and is expected to return for the finale later this month. Lauren is played by Ashley Fink. In addition to her work on Glee, Fink has appeared on Hung, Austin & Ally, and Anger Management.

Dustin Goolsby appeared in three episode of the second season of Glee. He is the new coach of Vocal Adrenaline. He was able to offer Sunshine Corazon a new home and green card if she decided to join his team. Dustin would also be recruited to join Sue’s League of Doom and try to get Holly and Will to break up. In his last appearance, Dustin finds out that Will may be leaving McKinley High. He decides to break the news to New Directions so they lose confidence at Nationals. The tactic does not work. Dustin is fired from Vocal Adrenaline after they take a home the second place trophy at the competition. Dustin is played by Cheyenne Jackson, who you may remember from 30 Rock.

Carl is the man that Emma began a relationship with after she and Will broke up in Season 1. He is her dentist, and he makes his first appearance on the second episode of the second season of Glee. Will is instantly threatened by Carl, so he asks him to come speak with the glee club kids about dental hygiene. While looking at their teeth, Carl notices that Artie, Brittany, and Rachel need to come in and get their cavities treated. When they go under with anesthesia, each one experiences a Brittany Spears type dream. Carl was somewhat able to help Emma get over her fear of germs by taking her to see The Rocky Horror Picture Show in a disgustingly dirty theater. The couple eventually get married in Las Vegas, and after not consummating the relationship for over four months, Carl files for divorce. Carl is played by John Stamos, who is best known for playing Uncle Jesse on Full House. Stamos most recently appeared on an episode of the ABC series Galavant.

Sunshine Corazon is a foreign exchange student from the Phillipines that appears in three episodes of Glee Season 2. Rachel invites her to join New Directions, but she quickly becomes threatened by Sunshine’s talent. Because of this, Rachel gives her incorrect directions to the audition and instead sends her to a crack house. In order to ruin the glee club, Sue informs the Vocal Adrenaline coach about Sunshine’s talents. He offers her and her mother a condo and green cards if she transfers to Carmel High. Sunshine admits she would not have left McKinley had Rachel had been nicer to her. In her last appearance on the series, Sunshine is shown with the Vocal Adrenaline team competing at Nationals. Sunshine is played by Charice, a well-known Filipina singer who rose to popularity through YouTube. She appeared in the 2012 Kevin James film Here Comes the Boom.

Jacob Ben Israel has appeared in more than just Season 2 of Glee. However, most of his appearances on the series occurred during this time. Jacob knows all of the juicy gossip at McKinley High and also manages his own blog. He first shows up at the beginning of the Season 2 premiere, providing highlights on what the glee club members have been up to over the summer. He would become a member of Sue’s heckling club and proceed to boo Tina off stage while she performed at a benefit concert. He has been known to have a huge crush on Rachel. Jacob is played by Josh Sussman, who is currently working on a television pilot called The Great Indoors. It has not been announced if he will be returning for the series finale.

You may not remember Tammy Jean Albertson as she only appeared in one episode of Glee’s second season. She is one of the judges at the 2011 Regional Competition. She has qualities that are very similar to that of Sarah Palin. She wanted to vote for Aural Intensity since they performed “Jesus is My Friend.” She also did not like that The Warblers from Dalton Academy had two boys singing a duet together. Despite her voting for Aural Intensity, the New Directions were able to secure a win at the competition. Tammy Jean Albertson was portrayed by Kathy Griffin. She is the recipient of two Emmy Awards for her work on the series Kathy Griffin: My Life on the D-List and is currently one of the co-hosts of E!’s Fashion Police.

Who was your favorite character from the second season of Glee? Let us know in the comments section below.

Photo by Jason Merritt/Getty Images for The Hawn Foundation