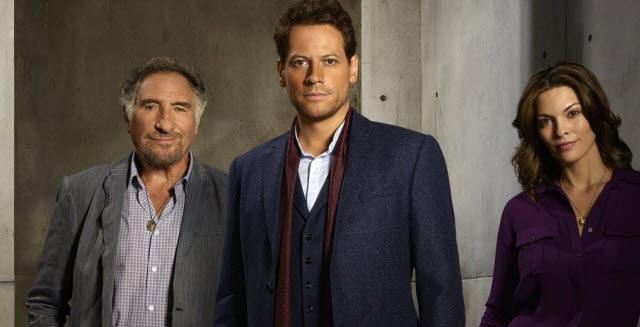 Now five weeks in, Forever has accomplished quite a bit.  The stakes are slowly but surely raising, and the characters are proving that they are worthy of the love and care of TV fans everywhere.

This week, a body is discovered in a old neighborhood. The body turned out to be a former-junkie-turned activist who was trying to prevent his old neighborhood and rec center from being torn down. Of course, the big-wig developer who wants the same land is the chief suspect, which is not surprising. But what is surprising is the twist that Forever put on the standard procedural case. Rather than just putting away the scum of the earth, the show did well to teach us a lesson about treating all people with respect. It was an admirable message, and definitely better than the other message they sent, which is “all bad guys get hit by a bus”. Despite what you may have learned watching Regina George…it’s not always true.

Another thing that Forever does really well is that it carries the mystery right up to the end of the episode. There were enough twists and turns in the mystery that it keeps you on the very edge of your seat until the end, and that’s not easily accomplished.

Unfortunately, there were a few things wrong with this episode. One, is that Judd Hirsch and Joel David Moore’s characters were criminally underused. I’ve been highly complimentary of the series thus far, but largely due to the heavy involvement of these two actors. Don’t get me wrong, I have said before and I do believe that Ioan Gruffudd and Alana De La Garza are strong enough actors to carry a series, but without the heavy involvement from its best supporting players, it’s not putting its best foot forward.

Speaking of Gruffudd, he’s doing an excellent job as Henry Morgan. Perhaps the best thing about Dr. Morgan is that he can draw from both his medical and (anonymous) historical experience to help solve the cases, and it’s wonderfully portrayed. However, another thing that has been seriously missing, really since week two, is the continued mystery of his immortality. This is quickly becoming a show that has to fill episodes by giving it mystery after mystery, instead of trying to solve the one over-arching mystery that it presented in the beginning. Admittedly, that mystery is part of what drew me to the show in the first place, and the longer they don’t even address it, the more upset I will get. I can be patient with little clues and tidbits, but so far I’ve seen nothing to suggest that there will be further revelation into the immortality arc. I’m certain there will be, but more of it will keep the audience engaged in the show.

If this show becomes a procedural with a unique lead character, it will head downhill fast. We’ve seen that before. What we need to see is a strong over-arching story that’s stringing this all together. I’m not certain if they think that Morgan/Martinez shippers will keep coming back over the obvious chemistry between the two leads, or if they’re just dancing around the main mystery arc, but either way it needs to step up. We don’t need another procedural with a genius lead. We just don’t.

There are a lot of good things happening in Forever,but we’re reaching the point where cohesiveness is going to be a necessity. If the story doesn’t become more cohesive, it will progressively become harder to watch. But that’s (of course) just one man’s opinion. What do you guys think? We’d love to hear your thoughts!