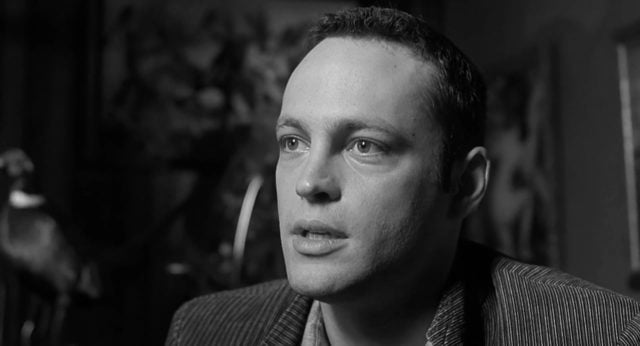 A lot of actors take on roles in movies that just don’t seem bound to go anywhere but down. Some of them do it to keep a steady paycheck, some do it just because they believe in the film without being able to say whether it will do any good or not at the box office. But sometimes it’s just a big mistake for them to take certain roles either because it’s not something they normally do and thus aren’t skilled at, or because it’s something so far beneath their skill level that it’s really, truly not worth their time. It’s easy to forgive a lot of these mistakes, but at times you have to wonder why they bothered at all. Vince Vaughn has definitely had a few stinker movies, but thankfully his career is still very much alive despite it all.

Here are a few movies he probably should have avoided.

You want to talk about being neurotic that would be Brad/Orlando. On the surface he and his girlfriend have a nice thing going. They go out and roleplay, they live together, and they work hard to avoid their families on the holidays. When their flight is canceled one Christmas however and a news group questions them on live TV it becomes necessary to make a trip each part of their fragmented families, thereby insuring nonstop hilarity.

Vince Vaughn as a bad guy is hard to fathom really since he’s considered to be so inherently funny. I mean really he has the face of a comedian and the natural attitude of a guy that is all about cracking a joke anytime the mood strikes him. Being a straight up killer is just not something he’s all that great at. If it’s not funny then it’s not really a good fit for Vaughn.

I don’t think you’d find life all that funny if you had to live in the shadow of your famous and legendary brother either, but Fred Claus is the kind of sarcastic and bitter person that Vaughn just doesn’t seem right for. It’s not even the fact that he’s such a jerk in the beginning, it’s the realization that the movie itself is just an epic flop no matter which way you look at it.

Something prompted Vaughn to try to do serious roles at some point in his life and it’d be nice to know why. Maybe he wanted to be more than just well known comedian or gain some added depth to his act, but this film was not what was needed. He’s not a bad actor but this role was something out of someone’s twisted nightmare that by all rights should have stayed there.

Raji was just ridiculous. Really there’s not much more to say since the character was a horrible stereotype and could have been omitted from the film without doing any serious damage. Vaughn played his role but it was so horrible and campy that he’d have been better off just staying away from it.

Thankfully he’s an established actor at this point. Too many mistakes like this can sometimes kill an acting career.