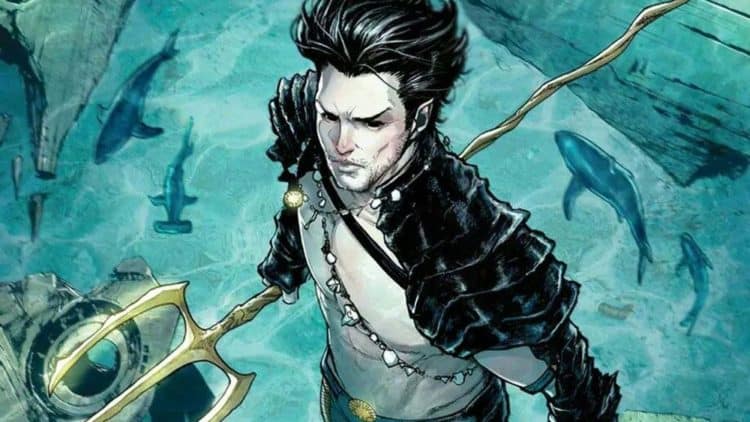 As the Marvel Cinematic Universe keeps rolling forward fans are getting more and more excited for new characters to enter the fray and for familiar faces to pop up since there’s a large number of heroes and villains that have yet to appear on the big screen, and it feels fair to say that Namor should be one of those that gets the kind of treatment he deserves. It’s already been established that many people feel that there was an off-handed mention of his influence in Endgame when Okoye spoke of underwater earthquakes, so it’s fair to think that Namor might be making a few moves beneath the surface, or something is happening that might be tipping the scales of his kingdom. But including him in the MCU is a move that a lot of people are thinking is due, but whether we’ll see him in theaters or not is hard to say at this time since as everyone knows the pandemic is keeping the theater doors shut for the time being, and trying to determine when they’re going to open again is hard to say. But even if Namor comes to Disney+ there are plenty of people willing to watch.

Here are a few other things we might expect with Namor coming to the MCU.

It would be great if the kind of creatures that are going to be needed and the environment could be created and controlled in a practical and realistic manner, but given that Namor is an underwater character that rules over a submerged kingdom it’s not entirely feasible. Much like Aquaman, his kingdom is going to have to be CGI the entire way and what few practical designs are able to be conceived will hopefully be convincing enough that people will enjoy them. But in terms of the kinds of things we’ll see in this movie it’s easy to think that CGI will dominate each scene since creating creatures that need to be operated could become expensive. But then, CGI will be spendy too.

4. Obviously his origin should be included.

The origin story of Namor should at least be mentioned in the beginning since he’s the son of a human and an Atlantean princess, and therefore royalty. As one can easily guess though his life hasn’t been all that easy since he’s a half-breed and kind of stuck between two worlds. Despite that, Namor has always been considered a protector of the sea, and while he’s lost his kingdom a few times he’s always managed to keep the sea as his primary interest and responsibility. Hearing how he came to be is going to be interesting since it has nothing to do with a lighthouse keeper, but it does obviously have to do with why he’s considered a ruler of his own kingdom.

3. ‘Imperius Rex’ should be said at least a couple of times.

After all this time there’s still a debate on what this means, but many have come to see it as Namor’s favored battle cry no matter what it means since if there’s anything to say about it, the utterance means that he’s about to dish out some pain. There have been a lot of heroes throughout the history of comics that have had a battle cry, but not all of them have made a good deal of sense to others, which would make Namor’s words fit right in since some folks might think that it’s something extremely impressive that should be respected, while others might think it’s just as good as yelling ‘geronimo’ before entering battle.

2. Namor should be feuding with Wakanda in a big way.

This feels like it was already teased in Avengers: Endgame, and as a result, should be a part of the movie since it’s been established in the comics that Namor and T’Challa have met up. With Chadwick Boseman’s unfortunate passing though it’s not likely that we’ll get to see these two go at it. But perhaps if Shuri is up to the task and finds herself at odds with Namor it might be feasible to see the two of them lock horns, so to speak. But considering that Namor is a bit of a player he might be more inclined to be attracted to Shuri and think her an ideal consort, which of course wouldn’t happen since she’s bound to take her brother’s place in the next Black Panther movie.

1. There needs to be mention of the Fantastic Four.

There are a couple of reasons why this should happen, and one of them is that Namor and the FF have tangled in the past and they’ve been on decent terms. The other point is that he’s actually been interested in Susan Storm until she rejected him, which only complicated matters. But now that mention of the FF and even the X-Men has been put forth, it’s time to see that the upcoming heroes and villains should be tackling the idea of running into each other during various movies and shows.

Bring on the next wave of heroes.