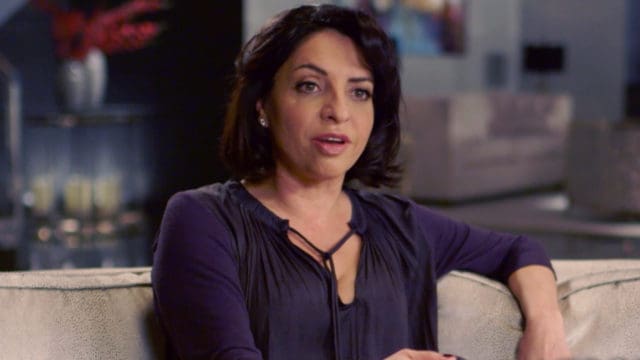 Fans have really latched on the new television series, Queen of the South. This is a series that has a number of different appeals that make it reach out and grab audience members. One angle that producers and writers have played up with great intent is the idea of having women in positions of power. In a culture that is constantly singing the melody of equality, especially as it pertains to women being able to be paid and lead on the same level with men, a television that has women operating in positions of power in which men actually fear them is invigorating, to say the least.

1. She Landed the Role Just a Few Months After Arriving in Hollywood

Yes, you are reading correctly. As an actress in Mexico, Veronica decided that she wanted to test her craft in Hollywood, and she left her native Mexico and headed to the sunny California. Literally, within weeks of arriving there, she landed the role of Camila, the person who would save Teresa’s (Alice Braga) life and groom her for a life of power. I guess when something is destined to happen, there is nothing that can change that destiny.

2. The Role of Camila Was Expanded

In the novel that inspired this series, the role of Camila is rather small; however, writers and producers thought it would be a good idea to expand the influence and role of the character based on the depth and range of Veronica. Veronica has definitely answered the bell in responding to that opportunity. She has made Camila an influential and intriguing part of the storyline. This has led to her consistently getting substantial screen time during the filming of each episode.

3. She Is in Search of a Challenge

When questioned about the reason she left the Mexican film industry to come to Hollywood, Veronica is very clear in explaining her intentions. Basically, there is only so much in the way of talent and range she could be exposed to in Mexico. She believes that Hollywood is superior in the areas of storytelling and talent. In fact, the character of Camilla consistently challenges her to show the world the humanity of an individual who consistently orders the assassination and kidnapping of individuals.

4. Her Motherhood Grounds and Prepares Her

When it comes to the role of Camilla, it is motherhood that Veronica can most easily relate to. Being a mother is what Veronica identifies as before anything else, and it is the bonds that are created as a mother that helps her understand what drives Camilla. She understands that in order to be that ruthless and hateful, on some level you must love equally as hard, and that is what she taps into each and every episode.

5. Queen of the South is Just the Beginning

While the 50-year-old actress could rest on her laurels having landed what she calls her dream job, she has made it clear that she plans to take advantage of everything that Hollywood has to offer in television and film. She says that she knows that she has the range, depth, and talent to make Hollywood more than a stop in her journey. She is currently auditioning for film roles. It is likely that the Queen of the South will be picked up for a second season, but Veronica is not taking any chances.