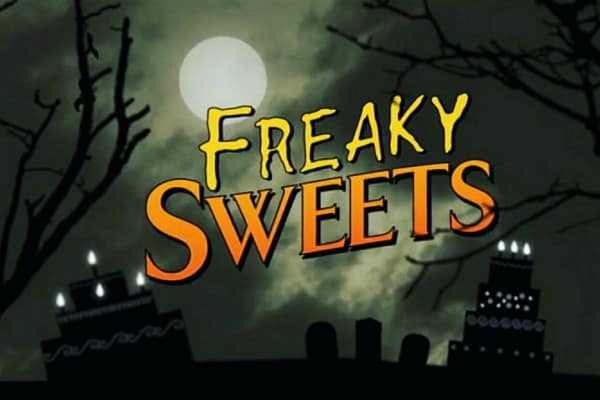 “Freaky Sweets is a new show on the “Food Network.” It premiered on October 23, 2017 and is here just in time for Halloween. This new reality series comes to viewers ina live action format and features a variety of creepy confections. In case you didn’t tune in, here are five things that you don’t know about the show, but need to.

1. The debut featured a double header

“Freaky Sweets’ first aired on October 23 and it was filled withsome interesting treats with a Halloween theme. The first episode was great but what made it even better is that the second episode was shown immediately after the first for a back to back run of the series. This gave viewers double the pleasure and even more ideas for everyone who’s getting ready for Halloween this year.

2. We owe Seattle a big thank you

Filming of these episodes took place at the Cake Rhapsody bakery in Seattle, Washington. Barbarann and her crew of talented bakers worked their magic to createsome really creepy confections and baked goods.

3. What you missed out on

The first episode featured baked goods with the theme of “Creepy Dolls and Viking Brawls.” This is to honor the Seattle Museum of Haunted History which celebratedits 13th anniversary. A Viking themed cake was ordered by the Mayor of Paulsbo for the event. It took a lot of skill and patience to make the gorgeous Viking cake that captured the essence of the cultual affair. Even more complicated was the Haunted talking doll cake for Seattle’s Haunted Museum. This is a must see for Halloween lovers who are interesting in some new and innovative ideas.

4. Episode two was just as amazing

Barbarann kept her team busy for yet another artistic creation for the second half hour. Kym led the effort at Cake Rhpasody to design yet another magnificent cake creation. An order for a cake that would feed 500 attendees at the Crypticon Convention. The cake was required to feature a horror theme and a wedding cake in the shape of a heart that was adorned by life sized dogs that resembled those owned by the couple.

5. Only two episodes are planned by the network

The Food Network showed both episodes of “Freaky Treats” back to back on October 20th. This makes the most sense since Halloween is coming soon and the need for creepy treats will soon be over. If you missed the airing of these specials, don’t worry because you’ll still be able to catch Barbarann Kym and her crew of fabulous bakers on a repeat of the episodes.
You’ll be able to catch it on a re-run of the show on Saturday, Octobe 28th at 3:00 p.m. on the Food Network station. We highly recommend catching this Halloween special cooking show as it features some amazing spooky confections, and in addition, you could learn some really cool techniquest to make you an even better baker. “Freaky Treats” is an amazing special and we hope that it is something that the network plans on doing every year.