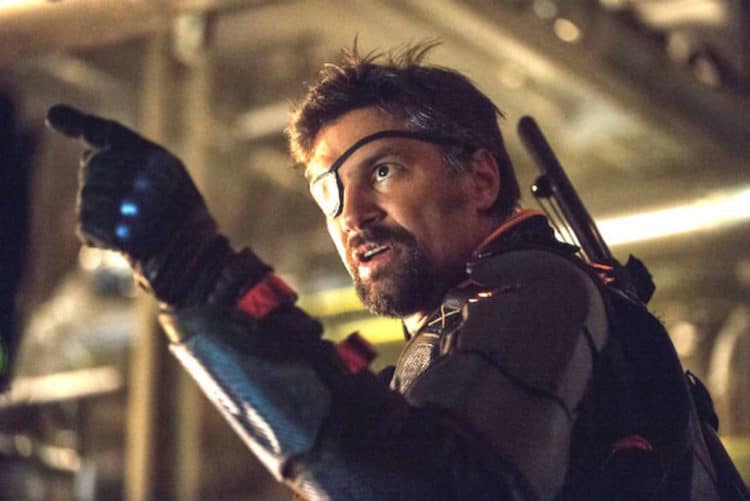 Manu Bennett has genetics in his favor. His father is NgÄti Kahungunu and Te Arawa MÄori and Irish. His mother was Scottish. Bennett’s Rotorua, New Zealand birth was followed by growing up years in Australia, where he was active in rugby and dance. His dark hair and eyes pair exceedingly well with his handsome smile, and his physicality has brought him powerful roles in films such as Crixus in the series Spartacus and Azog the Orc King in The Hobbit Trilogy. He has developed an impressive filmography and TV credits, with appearances in both supporting and starring roles.

When asked what comic book character he would really like to play, he answered, “Maybe Phantom…” But, he also said that because of his ethnicity and his own truths, he would really enjoy creating interpretations of some of the great Polynesian mythology and history. He would love to be able to represent that sometime, and it would be nice to hear different stories from around the world. He noted a Maori leader whose story was quite similar to Spartacus. His own great, great, great grandfather Pokiha was an incredible warrior from New Zealand. Manu was also named after his uncle- the Bishop of New Zealand. For all his love of great stories and the arts, he hopes for a great real-life hero to emerge in the world.

Manu was in a horrible car accident and his mother and brother were killed.

Manu was just 15 years old at the time. He said that it was difficult to concentrate on schooling and life after they died. He dealt with it physically by playing rugby. He made the Australian schoolboy team. To deal with his emotions, his girlfriend introduced him to ballet. He missed out on the Australian rugby championships because he had to dance in Swan Lake. He described himself has having great expressive ability in the world of dance, and that is the key ingredient which drew him to become an actor.

He described himself has having two sides, both emotional and physical. He uses both sides to portray his roles, employing his emotional sense and physical abilities to create his character interpretations. He always tries to find “all there is to a man” …not just the right camera angles, but whatever he has inside himself to help his audience feel his characters. The experience of ballet helped him to get through the feelings he had about losing his mother.

Manu once hauled stone as a laborer in Sydney.

It wasn’t what he’d planned. He’d had a lead role in Smashing Machine, starring Jean -Claude Van Damme. Manu had been training in South Africa for the role when Van Damme backed out and the film was killed. Manu had put all his belongings in storage to train, and returned to Australia homeless. The only work he could find was half a year of hauling stone out of swimming pools and the like. He credits the work with bringing him to the point where he was mentally and physically ready to take on the role of Crixus, the Gallic gladiator.

Manu broke three of his ribs in a fight scene as Crixus.

He enjoys honing his fight scenes so that they have the appearance of reality. He tends to fight aggressively, but sometimes he feels he’s carried it beyond the limits of reason. The scene involved him picking up a stunt fighter, throwing him through the air and then tackling him. But the two of them went flying together through the air, the stunt man landed with his knee bent, and Manu landed on it. He completed fight scenes throughout the day. The next day, he had an appearance scheduled at Comic Con in San Diego. He realized that he was seriously hurt when he nearly quit breathing during the plane ride there.

Manu bought every single one of the Deathstroke comics.

He was at a Comic Con and one guy had a massive comic book collection. He asked the seller to help him find them all, and he bought them. He’s read a lot of them, he’s flicked through some, and poured over the pictures. He said that it’s important to anchor yourself in the original material when part of a television show. The TV adaptation has its own interpretation and artistic license. Manu met with the first artist who drew Deathstroke, George Perez, who said to Manu, “You don’t look anything like him!” But Manu has crafted his own sense of the character, created his own interpretation, and has had huge compliments from Deathstroke creator and writer, Marv Wolfman about using the right sense of the character.

Manu said that Spartacus was “an incredible journey”.

He believes that the show was completely worthy of an Emmy, but being an Australian production, it was not possible for non-American productions to vote. He said that he hasn’t worked on any other show where the scripts were as well-written as those of Spartacus. He also noted that it was a huge misfortune for the show, and an even bigger tragedy for the family when Andy Whitfield died from cancer. The show lost many fans who respected Whitfield. But the show’s good writers worked on the show’s continuum and saved the show from cancellation by the network. 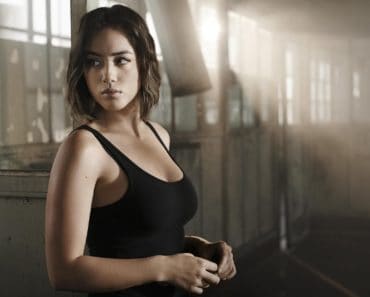 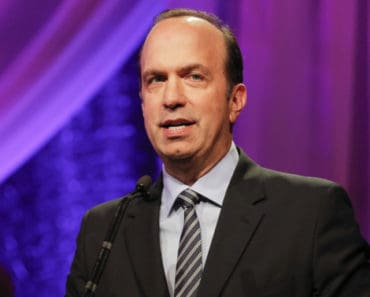