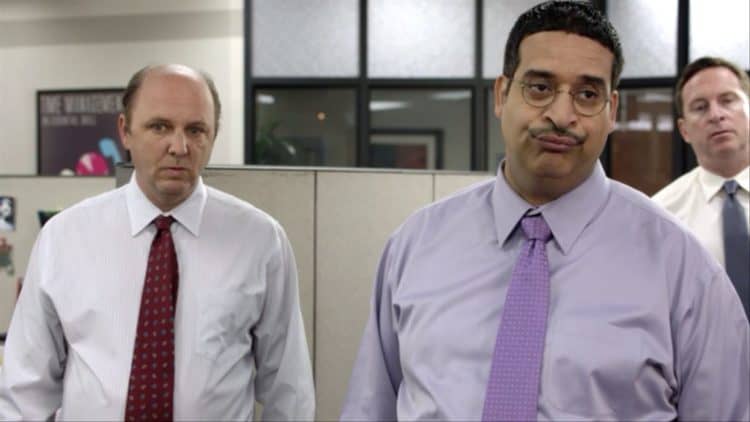 One of the most common sources of material for comedians is race. Especially for people of color, doing stand-up routines about race is a great way to raise issues and inform people about diversity in a fun and hilarious way. While many comedians focus on their specific race, others take a different approach. The talented Erik Griffin is one comedian who uses race in a unique way in his performances.

Griffin is a hilarious comedian, actor, and writer. While he has done stand-up all over the world, he is likely best known for Mike and Dave Need Wedding Dates and Workaholics. He has earned himself a considerable following, but many people know little about him other than the fact that he is hilarious and has a great mustache. Here are five of the most interesting facts about the outrageous Erik Griffin.

5. He came back to comedy after an 8-year hiatus

While Griffin did many performances in his early twenties, he took a long break and worked in a normal job for nearly a decade. Eventually, he decided to come back and perform again. He has stated that this choice was crucial for achieving the success he enjoys today. He believes that by working in the real world, he developed a better sense of how to connect with people and form relationships. As well, he was more confident in his performances because he had a better sense of who he was as a person.

4. He took a risk to pursue his passion

As stated above, Griffin worked in a steady, normal job for nearly a decade. However, he reached a point where he decided that he simply had to pursue his passion for comedy and performing. For this reason, he quit his job and set out in the entertainment industry. While fans today know that this was a wise decision, it certainly took a great deal of courage to commit to his dream at the time.

Today, Griffin is an established star in comedy as well as film and television. When he first started out, however, he had to earn fans like every other actor. He did so by emerging as an incredible talent through comedy competitions. He won the Northern Lights Competition, made it to the semi-finals in the International Seattle Comedy Competition, and finished in second place at the Rocky Mountain Laugh-Off. By showing that he could stand out among other comedians, Griffin earned a great deal of confidence as well as many fans.

2. He hates performing on college campuses

Many comedians flat-out refuse to perform at colleges anymore. College students are often so easily offended that comedians find their sets ruined if they make any joke that is contrary to the students’ opinions. Griffin has the same opinion, as he has stated that colleges are one of the worst places for comedians to work. He has discussed his disappointment at how closed-minded and easily offended college students seem to be, despite colleges supposedly being about open-mindedness and discussion.

1. He does not disclose his race while performing

One of the most unique aspects of Griffin’s comedy is the fact that he tends to avoid telling audiences about his race. He makes a great deal of hilarious jokes about the fact that people cannot figure out his race, but he does not provide the answer. He has stated that he prefers to keep his race a secret, as he knows people will begin forming assumptions about people when they know such details. By not explaining his race, Griffin is able to make any type of joke he wants.

Erik Griffin is one of the most sought-after comedians working today. He has also used his talents in productions like Mike and Dave Need Wedding Dates and Workaholics. Interestingly, this gifted performer has a unique approach to joking about race, as he does not tell audiences what his race actually is. Perhaps if more comedians follow his lead, there will be a wider range of jokes available and audiences will not judge comedians on anything but their work.