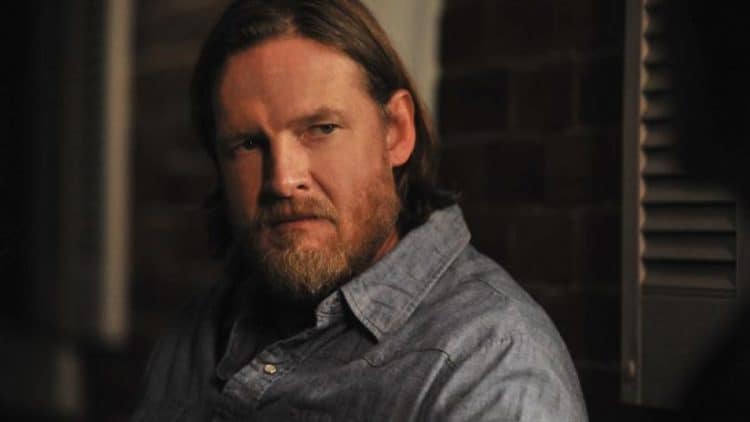 There are some stars that you simply can’t help but like. While they have ascended to a high level of exposure and celebrity, they still seem grounded, and they always seem to have their hands is something worthwhile outside of their craft. One such celebrity is Donal Logue, who has grown so much since his days on MTV back in the early 90s. Who didn’t love this guy as Jimmy the Cab Driver? He was great on “Life” and The Two of Steve. As of late, the star has been extremely busy with acting, but since we are talking about his extra-curricular activities, why not talk about some of the things that define him that most people don’t know

Following are five things that you don’t know about Donal Logue.

Donal Logue obviously has a high intellect, having studied history at Harvard University, and he is also an extremely exceptional actor, and with all his of his refined background supporting him, he loves to drive 18-wheelers. Maybe it will take a while to sink in. This Harvard educated actor drives a rig. He loves it so much that he is actually the owner of  Aisling Trucking. Would you know it? He currently has a TV show about trucking in the works.

2. He Has Written a Novel

As if acting is not enough of a platform to express himself, Logue has taken on the challenge of becoming a published author. He has already written a novel entitled Aqua. The storyline is set in the city of El Centro, California during 1980. The book was published in 2014, by Harper Collins Publishing. He has not yet revealed his next book project, but it is pretty certain that one is forthcoming.

3. He Has Managed Touring Bands Before

It is no doubt that Logue is well-rounded as far as his background, but I bet you didn’t know that he has managed two notable bands in his past. He was a road manager for The Lemonheads, and he also managed a band in the 1980s called Bullet La Volta. It seems that anything that Logue sets his mind to, he finds a way to bring it to fruition. He is definitely an inspiration for those who have huge dreams.

4. He Owns and Plays for an Amateur Soccer Team

I guess it would be a shame to have all of the athleticism, and not put it to use in some creative way. When no one will let you play on their team, you can always buy one, and that is what Logue did. He is the owner of the Hollywood United. The team has several other notables on it, including Dermot Mulroney, Brandon Routh, Anthony LaPaglia and Jason Statham.

5. He Has Been on a Number Series That Were Cancelled Prematurely

No matter how talented an actor is, there will be times in which projects simply don’t go the way that producers and film executives initially thought they would, and Logue has been a part of some notable project that were prematurely canceled, including Terriers and Knights of Prosperity. He was also a star on Steven Buchco’s Public Morals.