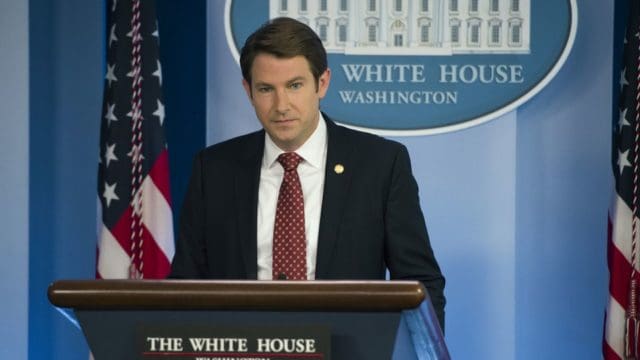 Actor Derek Cecil is beginning to build some steam and momentum in Hollywood. He is currently playing the role of Seth Grayson in the Netflix series, House of Cards. To have a significant role in an award-winning show like House of Cards is testament to the hard work and effort that Cecil puts into honing his craft. Derek Cecil got his start in a short-lived TV series called Push, and while that show did not last long, it did give Derek a platform on which to showcase his talent. He would also make multiple appearances on another TV series – Pasadena.

While his filmography has definitely grown over the years, there is still so much that his fans are not aware of, so, we decided to share five things that you didn’t know about Derek Cecil.

1. He Has Appeared in Nearly 30 Movies and TV Series

It seems that Derek has been proving himself as one of the hardest working men in Hollywood. In his relatively short period of time, Derek has appeared in nearly 20 movies, and even more TV shows – all but one being within the last 20 years. What this means is that while he may not have the notoriety of some actors and entertainer, he has found a way to find consistent work and remain relevant in a highly competitive market.

2. He Considers Himself to Be A Handyman of Sorts

When some people make it to a certain level of success, the last thing that they want to deal with are the menial chores that many people are forced to deal with on a daily basis; however, Derek actually enjoys playing the role of handyman. He brings validity to the idea that most men love to fix things. He admits working on little odd and in jobs around the house – jobs that others might call in professional help to complete.

While there is nothing wrong with it, it is rare to hear a man admit that he likes to garden. However, Derek sees gardening as being therapeutic. Working in the garden has some therapeutic qualities that can ease the stresses brought on by a highly demanding career, so we are going to give him a pass on his gardening hobby. Who knows what other hobbies Mr. Cecil has hidden in his closet.

4. He Has Even Been on Grey’s Anatomy

To land even a cameo appearance on Grey’s Anatomy has far reaching consequences. Grey’s Anatomy is a place where the unknown actor becomes a heartthrob. What most people are unaware of is the fact that Derek Cecil landed a role on the during its sixth season. The title of the episode was Suicide is painless, and Derek played the role of Sean Allen.

5. Derek is From Amarillo, Texas

When a person thinks about towns that major movie stars come out of, no one gives Amarillo, TX as a second thought. Sitting in the Texas panhandle, Amarillo is a quaint town that generally goes unnoticed, with the exception of its college crowd. Derek was born in Amarillo in 1973but his dreams took him far beyond the city lines of this small town, in order to chase big dreams.