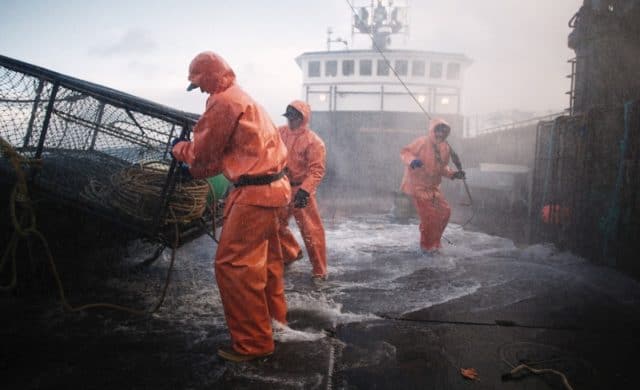 Deadliest Catch, which is a series shown on the Discovery Channel, is a documentary produced by Original Productions. The show follows the portrayal of real life events which happen in the Bering Sea while aboard fishing vessels. The fishermen are doing their jobs during the different crab fishing seasons, such as bairdi, opilio, and, probably the most popular, Alaskan king.

The show derives its title from the innate and extremely high risk of injury, and possibly even death, that is strongly associated with this line of work. Even so, the show has enjoyed immense popularity. So much so, in fact, that they’ve had several spin-offs of the award-winning docudrama series.

The original Deadliest Catch premiered back in 2005 on April 12, airing on the Discovery Channel. Now, however, the show currently airs in over two hundred countries around the world. Only consisting of ten episodes, the season ended with its finale on June 14 of that same year. Nonetheless, the show was such a huge hit that it’s now in its fourteenth season in addition to having several spin-offs.

One such spin-off debuted in 2013 during the show’s ninth season, paralleling the season. Here’s five things you didn’t know about Deadliest Catch: On Deck.

1. The Episodes Are Not Original

2. The Episodes Expand On Original Episodes

Instead of being completely new episodes, the On Deck episodes expand on specific episodes from Deadliest Catch. In fact, the On Deck episode titles are exactly the same as the episode on which they expand, such as “Kicking Off with a Bang”, which aired on June 11, 2013, was an expansion of episode eight from Season Nine of the same name.

The On Deck episodes expand on an original episode by offering the viewer a look at previously unaired footage. If you want to see what else went on behind those cameras, this is a good way to find out.

This off-shoot of the original show also includes random facts as well as production notes. If you’re interested in how they filmed a certain part, you’ll probably be able to find out by watching the adjacent On Deck episode.

5. Episodes Even Include Social Media Comments

Want to see what everyone else thinks about a specific episode? Check On Deck for it’s expanded version which also includes social media comments. If you’ve commented on a show, maybe you’ll even see you’re own comment shown on the expanded episode.

While Deadliest Catch has aired two hundred and seventeen original episodes, On Deck, so far, has only aired twenty-three. Whether or not the production team will eventually have expanded versions of each and every original episode remains to be seen. In addition, Deadliest Catch has also had thirteen special episodes as well as two other spin-offs, The Bait and After the Catch. Whether the crew intend to do expanded versions of these shows remains a question. However, if you want to get a bit behind the scenes of some of the Deadliest Catch episodes, just check out On Deck to see what you’ve been missing.