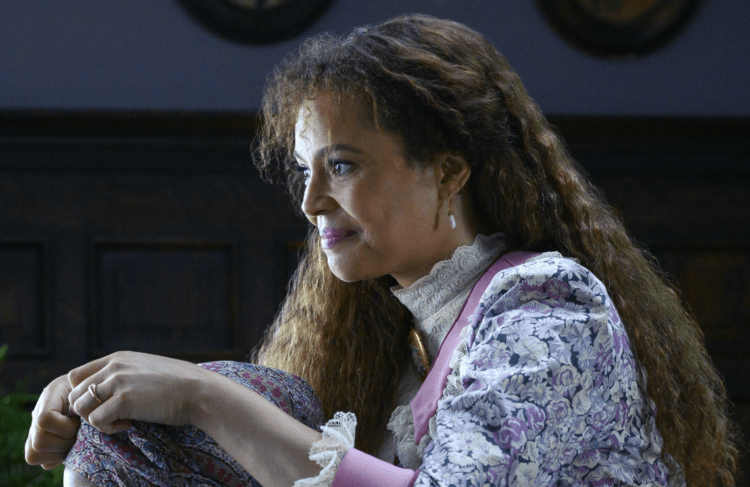 Her remarkable performance as Coretta Scott King in 2015’s Selma definitely put Carmen Ejogo on people’s radar. The Nigerian-British actor started her career as a teenager in London. Since then, Ejogo has starred in many mainstream films to date including Alex Cross, The Purge: Anarchy, and Fantastic Beasts and Where to Find Them. Her latest projects include a Starz TV show called The Girlfriend Experience, where she plays call girl Bria Jones. Her last big movie project was Ridley Scott’s Alien: Covenant, a sequel to 2012’s Prometheus, in which she played the role of Karine. If there are five things you didn’t know about Ejogo, it’ll be these.

Here are some cool facts about this talented actress that you should know.

1. She’s had many small roles before she hit the mainstream.

Although you may not remember her in some of these films, she did well enough for herself to get noticed for bigger roles. Some of the films she’s acted in include 1998’s The Avengers alongside Uma Thurman and Ralph Fiennes, Love’s Labor’s Lost, The Brave One, and Away We Go. She took all these roles seriously and for good measure. She was bound to play something that’s worth noting eventually.

Her impressively high IQ of 156 garnered her a membership in the prestigious genius society, Mensa. Her English education helped a lot probably, but she definitely thinks she’s lost a few brain cells after having raised two kids. We think she hasn’t as her movie choices just keep getting better and better.

Having always been in the music industry one way or another, Ejogo can’t seem to get away from music altogether. Aside from having starred in a number of music videos, she also happens to sing. She’s done vocals with her ex-husband and fellow musician Tricky and Jordin Sparks. She’s also done her own vocals in some movies such as Sparkle, Yes I Do, and Love’s Labor Lost.

4. Ejogo snuggles with one of the most talented actors of our generation.

It’s been over 15 years since her marriage to Jeffrey Wright, who’s acted in movies such as Ali, The Manchurian Candidate, Syriana, Casino Royale, and many others. The two are Brooklyn-based and have two children together. Talk about a power couple, Ejogo and Wright may not always be in the Hollywood spotlight, but their talents shine bright enough to create their own.

5. She played the same role twice.

In 2001’s Boycott, Ejogo played Martin Luther King’s wife Coretta Scott King. Her husband Wright actually played Dr. King’s role in the movie. Ejogo was cast again to play Coretta Scott King in the movie Selma, now opposite David Oyelowo as Dr. King. Ejogo met with the real life Coretta back in 2015 before she portrayed her character, and Coretta supposedly gave Ejogo her blessings to play the part. Her performance received positive reviews from critics and solidified her position as one of the top actresses in Hollywood.