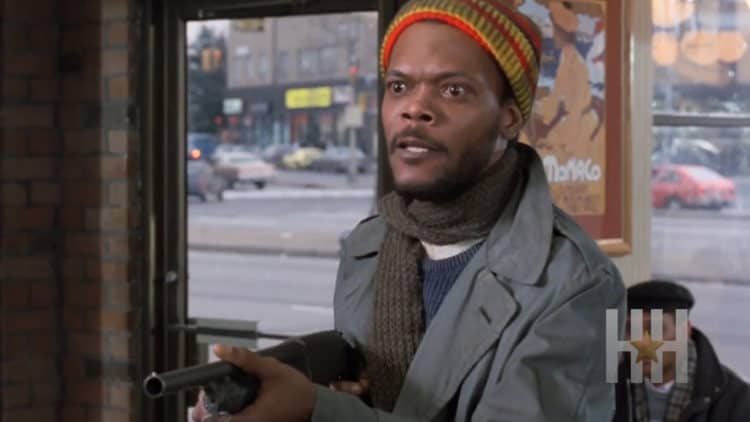 It’s hard to believe that anyone could possibly forget Samuel L. Jackson in any role since he’s usually pretty vocal and loud, to be honest. But there are movies that haven’t been given the most attention and some roles that he’s played that have kind of gone by the wayside simply because they weren’t quite as popular. But it’s fair to say that some folks might take a look at this list and state that they remember seeing Jackson in these roles. But while that’s a cute anecdote when someone says they’ve seen something it doesn’t describe everyone’s experience when it comes to seeing someone perform in something. In fact, some people might have forgotten that he was in Pulp Fiction or Shaft if they’ve seen either movie at all. That’s kind of how it works though, a person might watch a movie once and never realize who’s in it, to begin with. That’s the whole point of reminding people since it’s fun to see that shocked look when they realize that they’ve been watching a certain actor longer than they realized. Sometimes people forget, that’s just the way of things.

Here are a few roles that people might have forgotten that Samuel L. Jackson has been in.

To be fair it’s easy to see how a lot of people might forget this one since he was kept in the background for a lot of the movie and right before things started livening up again he was taken out, and all that was left was a bloody arm that fell on Laura Dern’s character. But he was kind of fun to see in this movie since he wasn’t his usual self, meaning he wasn’t shouting at the top of his lungs at a lot of people and he wasn’t acting like the master of his domain as much. In fact, he was what you would call a team player since he acted like a part of the group and made it known that he was trying to survive just like everyone else.

This is definitely one of the roles that saw him come out as a tough, butt-kicking individual that didn’t take anything from anyone but would gladly dish it out while he was in command. But, by the end of the movie, we find out that he’s not only a team player but that he’s someone that others can and do rely on quite often since he is a part of a larger group. But his time as West is part teacher, part sadist since he makes it clear that he’s not about to take it easy on anyone and he’s going to keep up the act as long as he has to in order to make it clear that he’s as much of a hardass as he appears to be.

It’s likely that a lot of people didn’t even know about this movie since even the book, despite the fact that it was written by Stephen King, kind of got pushed to the side for one reason or another. But he played an individual that, along with John Cusack’s character, had to endure a landscape filled with those that had been turned into braindead zombies by an unknown signal that had turned all of humanity into mindless killing machines that wouldn’t stop until a certain time of day, or until they heard a certain tone or something. It’s a creep movie, to say the least, but it’s one that’s worth at least one look.

If you mentioned Goodfellas to anyone and said that Jackson was in it people might actually look at you funny since this is the kind of movie you expect to see Joe Pesci and Robert De Niro and even Ray Liotta in. But Jackson isn’t someone that would be expected to be a part of it, and to be fair he does have a very small role when the infamous Lufthansa heist took place many decades ago. The fact that Stacks was a real person shouldn’t escape anyone’s notice, neither should the fact that he was executed after forgetting to get rid of the getaway van that was used in the heist.

This was another short but noticeable role that back in the day might not have been quite as noticeable since a lot of us hadn’t seen Jackson that much at that point and his major roles, the ones that really gained him attention, hadn’t come up yet. But the scene between the robber, Akeem, and Semi was quite hilarious since the robber obviously didn’t expect anyone to be brave enough to stand up to him, especially when he had a shotgun in his hands and looked like a raving nut.