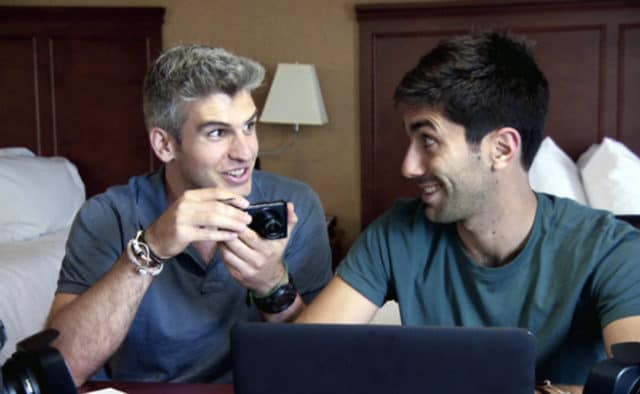 A documentary made by three hipsters put a new word in the social media vernacular: “Catfish”. This phrase was coined by the husband of Angela, a trapped housewife/caregiver who had been pretending to be three separate people in order to strike up a creepy romance/friendship with New York City Hipster Photographer Nev Schulman. This woman played three online parts: Angela the mom, Megan the hot dancer/musician/horse farmer, and Abby, an artistic prodigy, age 8, who supposedly earned up to $7,000 for her painting and has her own gallery. As fate would have it, Nev’s brother Ariel just happened to be a documentary filmmaker so every aspect of the story of Nev falling for this strange family hook, line and sinker was caught on tape and became a smash hit on the indie film circuit.

Sounds unbelievable? What is even more far fetched that now that Catfish was spun into a show on MTV, where the basic premise of the movie is played out over and over with other “Catfish” and their helpless prey who look to Nev and pal Max Joseph to play internet sleuth and help them confront their object of online affection in real life. Many have questioned how much is “real” about this hit reality show.

There are five main reasons to question if the viewers are actually the ones being Catfished by MTV’s “Catfish”.

Fans were shocked to learn that on MTV’s “Catfish” it’s not the person being Catfished who initiates the encounter, it’s the Catfish! Every intro of every episode is misleading. It’s normal to expect some editing for dramatic effect, but when the whole setup is introduced backward, it makes you wonder. Nev and Max are not supposed to be “in” on the casting, and it is claimed that they have to do the investigation as if the producers at MTV have not already solved the mystery.

4. Everyone is Already on Board

Everyone appearing on the reality show must sign a release to be filmed. So, no one is really surprised when Nev and team show up for the showdown. The person answering the door is even already miked up for broadcast. Did you ever notice that the dog is always put away so that Nev and crew don’t get chased off the property? Also, most of the homes they spontaneously visit seem pretty nice, don’t they?

When someone e-mails Nev that they have been in an online relationship for years, with someone they never met, who often lives in the same state, you have to wonder about the gullibility of these people. There have even been claims that attention seeking couples make up the drama to get cast on the show. Are people really that deceitful in real life? Do internet hoaxers really snare that many clueless victims? It seems the old fashioned notion of asking someone for their real name and then googling them or doing a background check seems excessive–best to just rely on the folks at MTV for relationship advice.

In early seasons there were a few gender identity mixups, exposed infidelities, and many fake photos but now total unabashed random deceit seems to be the norm. The motives for these online relationships seem murky–is anyone looking for love? The Catfishers are becoming even more ruthless, the prey more pathetic. Good thing that MTV offers therapy for cast members after the show.

1. Fruit of the Suspicious Tree

Those who have gone back and watched the original 2010 “Catfish” movie after the MTV series has been on for several seasons have some valid questions. Did Nev, Henry Joost, and Ariel Schuman know that Angela was an unbalanced middle-aged woman all along? Did they set up the initial encounter? Why in this day and age would a single man in New York strike up an online friendship with an 8-year-old? How did Angela’s husband not speak up sooner about her fake characters and her hot relationship with Nev as “Megan”. Why is he so okay with it all? The movie and the series are shrouded in mystery but perhaps that is one of the reasons for its ongoing popularity.