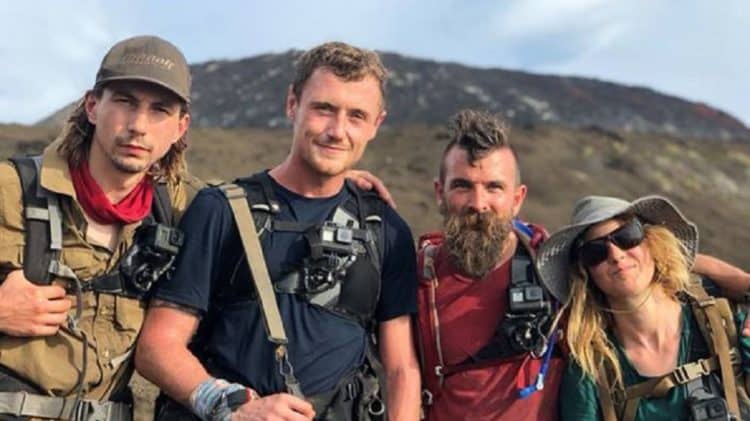 We’ve known for some time now that Discovery Channel show ‘Gold Rush: Parker’s Trail’ would be returning for a third season. If you’re a big fan of this all action, high risk adventure series, get ready. The new trailer just dropped. And it looks like it’s going to be a wild ride. This time, our intrepid gold hunters are in Papa New Guinea, one of the most dangerous countries on the planet. And there you go. The basic premise for Gold Rush: Parker’s Trail: Season 3 is simple and familiar. The team is hunting for gold, actual gold, in a place where doing so is liable to get you killed. They clearly didn’t learn any lessons from the last time. We’re glad to hear it because season three is going to be a big one! Let’s take a closer look at what to expect when the show drops in April.

Gold miner Parker Schnabel and his gang of treasure hunters are heading for Papua New Guinea, in the Southwestern Pacific Ocean. While it’s blessed with exquisite natural beauty, it’s also an extremely violent region. It’s often ranked as the worst place in the world to be a woman, as the rate of sexual violence is so high. Armed robbery and carjackings are common. In fact, tourists are strongly advised not to visit. The Gold Rush team will be in even more danger as they’re exploring illegal mines and searching for boulder sized nuggets many are willing to kill for. It’s not just criminal gangs and vigilantes they’ll be up against either. Deadly earthquakes, mudslides and tropical cyclones are common here.

2. A Tale of Family Fates and Fortunes

We also know – thanks to season three teasers — Schnabel will continue to investigate his grandfather’s story. In the first season of Gold Rush, he followed in his grandpa’s footsteps by traversing the legendary Klondike trail. Now, he’s on the hunt for information about John Schnabel’s time as a Navy mechanic in Papua New Guinea. All we know for now is his grandpa didn’t like to talk about it. So, Schnabel is determined to find out what happened, how it shaped his family and what role the fabled gold of Papua New Guinea plays in the story. We’ve got a feeling it’s going to be emotional.

3. Some Juicy Gossip on the End of a Bromance

If you’ve seen the trailer for Gold Rush: Parker’s Trail: Season 3, you may have noticed cameraman Rick Ness is missing. Familiar faces Sam Brown and Karla Ann both feature in clips from the upcoming show but Ness is nowhere to be found. Rumor has it he’s parted ways with the team for good. Even though there was squabbling between Ness and Schnabel in season two, it’s still surprising to hear he’s dropped out. We’re hoping to get a bit more insight during the show, perhaps from Schnabel himself. He’s always been a straight talker so we may get some juicy gossip about why the bromance ended.

In amongst the scary encounters, extreme weather and illegal gold mines, we want to see lots of beautiful footage of Papua New Guinea. Due to its lawlessness and remote geographical location, the country is largely unseen to most westerners. We know it is home to lush natural parks, tropical beaches, extraordinary battlefields and lots more. Dazzle us, gold hunters! Take us up into the cool, green hills of Sogeri, through the dense trails of the Varirata National Park and onto the golden sand of Ela Beach.

5. It’s Not Really about Finding Gold

We know Parker Schnabel and company have found gold in the past. They’re experts in hunting for it after all. We’ve seen them experience successes, as well as disappointments. Through it all, one thing has always been clear. It’s not really about getting rich. It’s about following your dreams, doing what you love and having wild adventures with friends. Let’s face it, there’s not much gold left in the world. So, it’s lucky our plucky Gold Rush team have the personality, courage, wit and passion to keep us tuning in anyway. God speed gold hunters; we can’t wait for the next ride to begin.