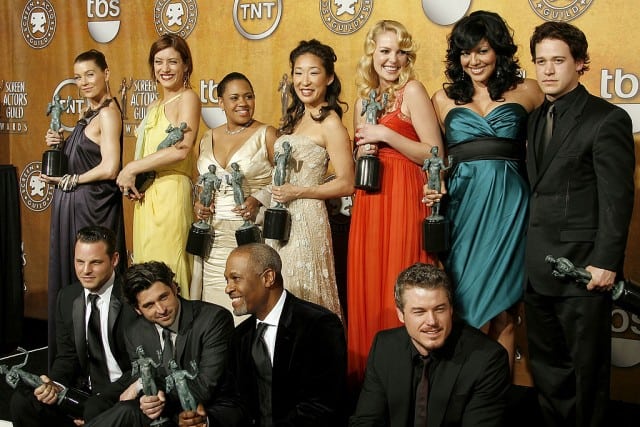 Grey’s Anatomy has been one of our favorite shows long before half the fans that watch the show now were even old enough to stay up and watch a show like this. It’s got one of the best plots, the best characters and the best story lines on television, and it’s hard not to get sucked into this show. Of course, we are always sad to see our favorite original characters leave (most notably Dr. Yang and McSteamy and McDreamy and George, and….you know what? We loved them all), but all the new characters on the show are so good at what they do and at fitting in that we forget they weren’t originals. That said, this show has knocked our socks off week after week for more than a decade, and it’s nearly impossible to pick our favorite moments on the show — so we did our best. Here are some of our favorite Grey’s moments.

Who could ever forget the moment that Addison, played by the magnificent Kate Walsh, walked into Seattle Grace for the first time and changed the entire plot? This is one of the most iconic moments in all the history of this show, and it still makes us reel.

When John Doe Was Actually George

There has never been a moment like this one television; the moment when the patient that the doctors have been caring for shows his true identity. They have been so kind in treating him; so sweet to the girl he saved and when they realize who is, hearts everywhere break.

The First Time We Meet Bailey

Let’s just face it; there is nothing as amazing as meeting Dr. Miranda Bailey. She is the most fantastic character that ever existed on television, and we adore her. When the interns meet her for the first time and realize she is the Nazi, we died a little on the inside. She is impeccable.

The moment that Derek comes out of the water with Meredith is one of the most amazing moments in the history of Grey’s. She wanted so badly to stay in the water and let it all go, but no one really knew at that point all the demons she faced on the inside.

Any Moment with Christina Yang

Any moment that includes Christina Yang is the best moment in Grey’s history. She is the most hilarious, most genius, most amazing character. We love her, and we cannot help but miss her every single time we watch and episode with her in it.