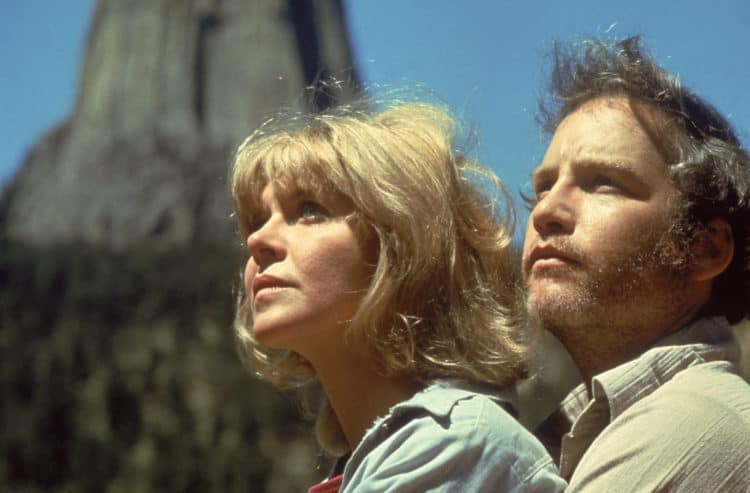 UFOs and their impact on the world at large have been a mystery to many people over the years and have managed to inspire quite a few movies that are focused entirely on extraterrestrials visiting the earth or having something to do with the happenings on our world. Many of the stories go into detail explaining how the aliens that people are so mystified by have been around for countless centuries, millennia, or even eons, and how humanity is a young and very precocious species that doesn’t know much about anything compared to their celestial neighbors. Close Encounters of the Third Kind definitely goes into this, and there’s no doubt that it’s been a heavy inspiration for a lot of stories that have emerged over the years since one story after another tends to build upon what has come before, and also tend to use elements that have become popular with the audience in order to offer up something that will amaze people while keeping them in their comfort zone.

Here are a few movies that are similar to Close Encounters of the Third Kind.

The lack of understanding that humans tend to show when it comes to dealing with anything that doesn’t communicate in a way that is easy to comprehend is often one reason why there’s conflict in alien movies, especially since those that have mastered space travel tend to be far more advanced. It’s not something that always happens but it is easier to believe that those who have managed to reach the stars are bound to be at least a little more civilized. But in said movies, humanity is often more than willing to show how tough we can be rather than be gracious and willing to learn what others might have to teach.

This is another great example of how humans seriously overreact to an alien presence, especially considering that E.T. and his companions weren’t there to do anything other than study the local flora and fauna apparently. But when E.T. decided to hide out in a residence before making the attempt to go home, it was evident that the government was more than ready to step in and do something that wasn’t needed. This is one of the more classic alien movies that’s ever been created, and to be honest, there were a lot of people that shed a lot of tears when it ended, since the movie did become fairly emotional.

3. The Day the Earth Stood Still

One has to wonder why aliens would want to visit earth when it’s kind of obvious that humanity is often held in a certain amount of disdain since we tend to be hardwired to destroy ourselves. Klaatu is a good example of an alien that sees what humanity is and yet thinks that there might be a way to bring things to a screeching halt to remind humans that we’re not the center of the universe. While Klaatu definitely showed mercy, it was also evident that humanity wasn’t really being given the best odds in this movie since the swarm that was devouring everything in its path could have been the end.

Aliens rarely come to earth for no good reason, and while Close Encounters of the Third Kind showed a definite benevolent side, Independence Day showed a side that was unrelentingly aggressive since the aliens had no intention of studying or helping the humans in the least. The only thing that a lot of aliens tend to forget, especially when they’re extremely aggressive, is that despite being less prepared for an attack from a superior species, humans are stubborn and don’t like to just lay down and die. The fact is that a lot of alien movies show humans getting their butts kicked at first, but eventually, the human race gets back up and says “Is that all you’ve got?”.

There are a few elements in this movie that might have rubbed people the wrong way since the idea that religion and the belief in other life in the universe can’t coincide has been echoed by some and debunked by others. When it’s applied to the movie though it’s kind of easy to see why some people would take offense if they’re wound up a little too tightly that is. When all is said and done it’s fair to state that we really don’t know enough as a species to do more than guess about certain things that we don’t fully understand. But those that believe strongly enough in their own cause are those that are bound to do things both great and terrible. It’s a message that some folks might not have enjoyed, which could be why reviews of this movie weren’t overwhelmingly great.

Aliens have been a hot topic for so long that it’s hard to know what to believe.