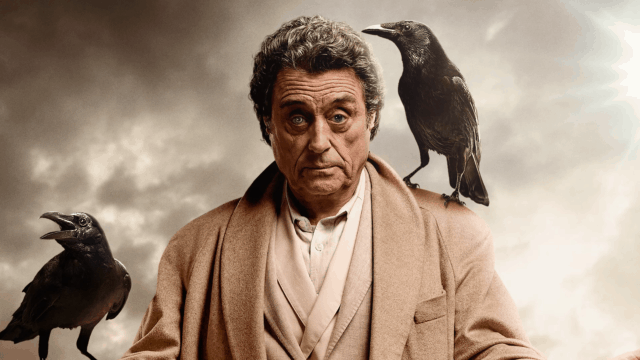 The new Starz series “American Gods” began its first season this year. This powerful television show was highly anticipated and it delivers on entertainment and much more. Author Neil Gaiman is responsible for this masterpiece that gives us all instruction on a variety of topics that are relevant to the human experience. The show makes us all stop and think about our beliefs and how we live our lives.

Here are five life lessons that we can take away from “American Gods.”

1. Our cultural obsession with material things

We learn through the series that each of us has something that we worship. In America, the obsession is clearly with material gain. The acquisition of power in the form of wealth, control over others in the form of domination and satiating carnal desires is a central theme that surfaces over and over again. Could it be that there is greater satisfaction in tending to matters of the soul and the heart? In the show, a new generation of gods has been formed for the obsession with material and personal gain. This sends a powerful message about how the culture has evolved into what it is today.

2. Family values are being replaced with technology

One of the new goddesses in the show is “Media.” She is the representation of the worship of Hollywood, television and cinema. She has gained her power through the time that people spend at her altars, watching productions and sacrificing time that is badly needed with family members. Instead, family and friends are put second to the almighty television. This lesson hits home with the majority of Americans who spend hours in front of the TV set and complain if somebody interrupts their viewing time. Perhaps there isn’t a realization that the shows have nothing to do with their home lives other than to serve as a distraction from the things that are truly important.

3. We learn about Idol Worship and that it is forbidden in the Bible

In essence, we worship the things that we surrender our time to. We make daily sacrifices to the things that we’re obsessed with. Whether it is a video game, television, gambling, drinking or other obsessive activities. We all worship something and it’s generally different from one person to another. Exodus 20:3-4 warns against idolatry but it seems that Americans don’t see what they’re doing as worship or as breaking a commandment.

4. We create gods with our actions

Yet another commandment is broken as we devote time and money to wasteful or harmful things. Matthew 22 talks about how we are to love our neighbors as ourselves. Yes there are some who donate to charities, but how many are helping out friends and family who are in dire need? We’re commanded to love God with all of our hearts, souls and minds and this is the greatest commandment. What are we placing above God in our lives?

5. We learn the art of introspection

Looking inward is the beginning step for making any positive changes. Through the lessons that are given in the show, we get the idea that something isn’t right and it’s time to look inside of ourselves to find out what it is. Much of what we do is conditioned behavior, cultural and societal so we do it without thinking. The show encourages us to start self evaluating.