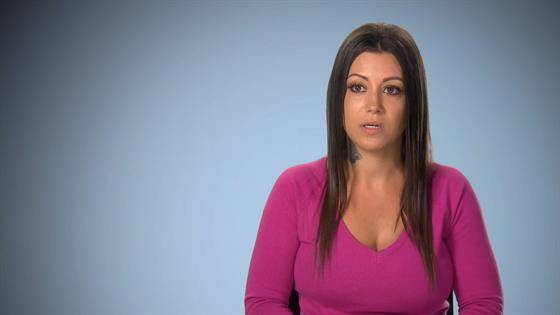 Bodily enhancement is something that’s been gaining in popularity for a long time and has really managed to change some people in decent to even magnificent ways and has even improved the lives of a number of folks. But let’s get down to the gritty side of it, Botched is not a TV show that deals with those that have gone through life-altering surgeries out of necessity or because they want to make themselves feel better. This show, for better or worse, features two of the best plastic surgeons in the business that are all about fixing up horrible surgeries that have gone wrong or improving upon surgeries that are simply mind-blowing and might make a lot of people cringe. There’s a limit to body enhancement whether people think so or not, but those limits, as you’ll see, get pushed beyond the boundaries of common sense and far into the ozone in this show.

You really have to see these to believe them.

First off this woman is, wow, done up in a way that’s not absolutely horrible but is definitely something that might make people think of the adult film industry. If that wasn’t enough then the blow-up doll she’s carrying is another hint about what she might be looking to do. If anyone happens to think that this is a way to show the empowerment of women then they might need to wipe off their glasses and take a better look. To each their own and all that, but the look on the doctors’ faces is enough to make a person’s jaw drop, and not in a great way. The doctor says it accurately enough “She needs help”.

There’s something a bit awkward when your skin shines in that kind of way that makes a person think that anything liquid will just bead up and roll off of it. You can’t really fault the guy for his dream, as it’s definitely something a lot of people envision becoming at one point or another in their lives. He does have something to crow about since he’s been noticed, but considering what he wants to get done it’s enough to just shake your head and wonder why he doesn’t bother getting out there to work out and actually earn the six-pack that he wants instead of trying to get implants that most doctors in their right mind would never consent to.

Oh yes, Jessica Rabbit is every young man’s dream, if they’ve seen her in Who Framed Roger Rabbit?. But the thing she wants the doctors to mull over is something that make a person wince just thinking about it since she wants the tiny waist that the cartoon character has. It’s amazing just how flirtatious some of these female patients get in the room when they get to talking. But realizing that she and the blow-up doll went from being men to women isn’t a big deal, it’s realizing that they’ve spent so much money on this transformation and are willing to spend even more. One has to wonder just how far doctors are willing to go.

Cosplay is great, it’s fun to see and watch how far a person can get into the practice, but this seems beyond the pale. This young woman went so large on her breasts that she started having serious problems and was STILL LOOKING TO MAKE THEM BIGGER. Someone seems to have forgotten to tell her that ‘modicated’ (yes I know it’s not a word) breasts are only sexy so long as they don’t get so freakishly large that they might smother small children that accidentally walk under them. The mindset of those that think bigger is always better is something that boggles the mind at times and really makes a person hope that some plastic surgeons just say no.

I really hate to tell this person, but people will still associate sexual tendencies with an alien. The idea that he really wants to go all the way and become a ‘creature’ is something that’s all his decision and can’t really be spoken out against. But whether he’s comfortable in his own skin or not there are things that doctors no doubt blank about when it comes to taking things away or adding them. Plus, let’s put it this way, if you can put up the kind of money that it takes to do these procedures then you’ve either got too much or you’re just flat out bored and have nothing else in your life to do. That might sound mean but it’s also rather practical since quite honestly none of these procedures are easy or painless, and beauty might be pain but the agony that is endured can’t possibly be worth it.

And with all that being said, let’s call this wrap.