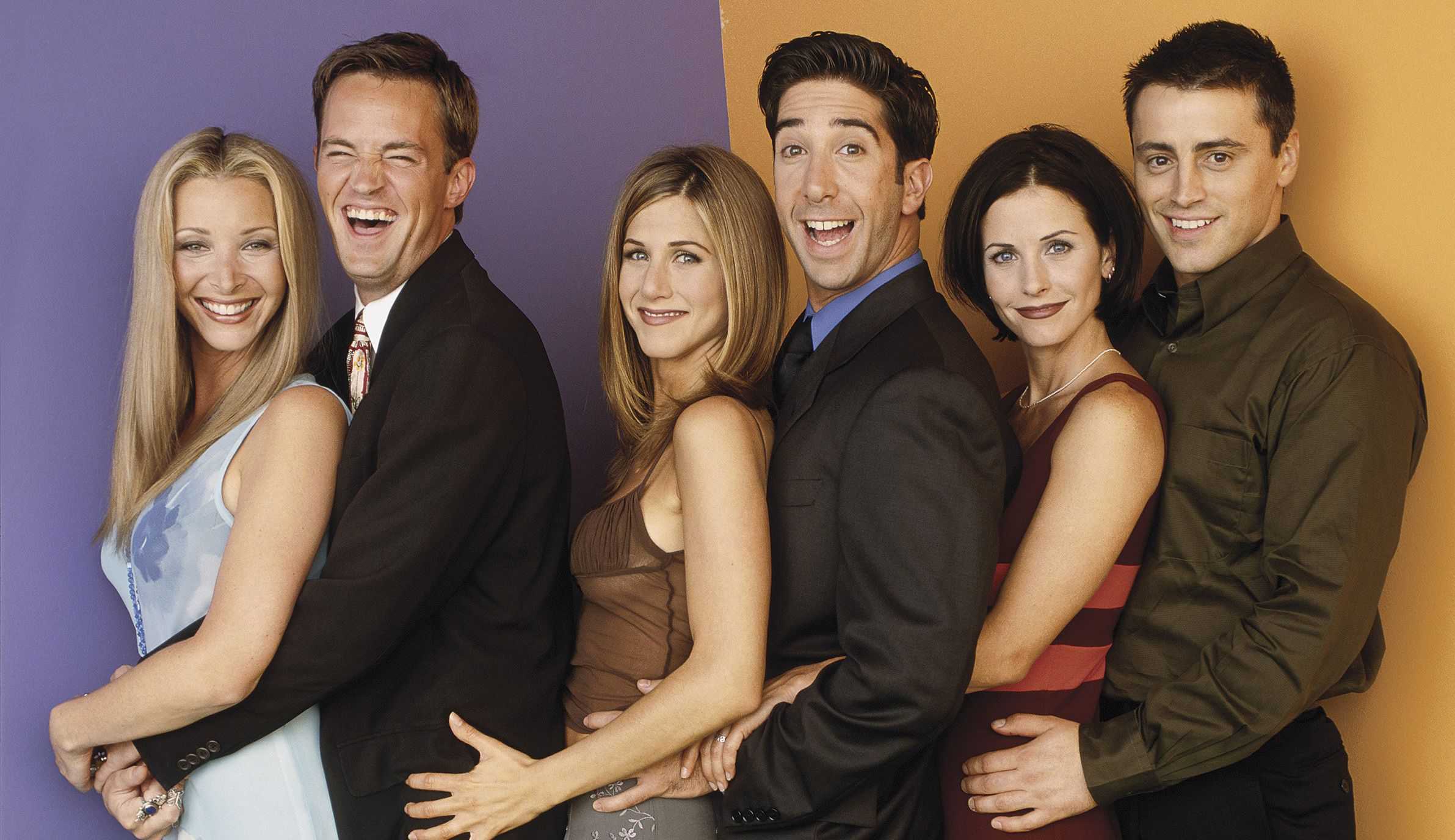 For the ten seasons it was on the air, Friends earned itself a cult-like following. So much, that after it wrapped up, one of the show’s characters, Joey Tribbiani (Matt LeBlanc), landed himself a spin-off. Starring LeBlanc, Andrea Anders, Paulo Costanzo, and Jennifer Coolidge, Joey premiered on NBC in 2004 and had a two-season run. It followed Joey’s storyline from Friends as a struggling actor who also had an uncontrollable love for food. Another thing about Joey that didn’t change was his love for women. The series was taken off the air due to poor ratings, but we’d like to think there are other spin-offs that would have given Friends the continuity it deserved:

1. The One Where Ross And Rachel Live Happily Ever After

Ross (David Schwimmer) and Rachel ( Jennifer Aniston) had the most complicated relationship ever. She was his high-school crush whose hate club he also happened to head, while he was the nerdy boy who stood no chance. And when things finally came together, they had a nasty break-up, then had a baby. By the end of the series, we see Rachel forfeit her dream job in Paris to reunite with Ross, promising to never let go. What would have happened next? Perhaps a more stable Rachel-Ross relationship without all the drama? We would have gotten to see Emma (Noelle Sheldon) grow, and maybe become friends with Ben (Cole Sprouse). Speaking of Ben, we did not really get closure on his life as well. What if he finally joined Rachel and Ross and the latter would have had the family he had dreamt of all along? What if Ben and Emma grew and got to have a friend group of their own? The cycle would have repeated itself again. That would have made another ten-year run.

2. The One Where Chandler Embraces Fatherhood

Throughout the seasons, there was a lot of stress on Chandler ( Matthew Perry) and his fear of commitment. He finally found love in the arms of Monica (Courteney Cox), and even then, he almost called it quits right before the wedding. When the season came to an end, we saw Chandler and Monica packing to leave for this new house they intended to make a home. Somewhere the kids could play. They left the apartment that had so many memories for them, but not empty-handed. Two little bundles of joy, Erica, named after the babies’ biological mother, and Jack, named after Monica’s dad, were in tow. Keeping Up With the Bings would have been a terrific show. We would have gotten to see Chandler try a hand at parenting, get changing diapers wrong, then get it right again. We would have seen him and Monica grow old together, and he’d finally have embraced that title he didn’t like so much: ‘The Bings’.

3. The One Where Phoebe Has Children Of Her Own

Phoebe (Lisa Kudrow), as awkward as she was, was the kindest of friends. So kind, that she had babies for her brother and gave them away. After having a love life that was neither here nor there, she finally found her knight in shining armor, Mike  (Paul Rudd), with whom she had the simplest of weddings. When the series came to a close, Phoebe told Mike she wanted one of those (children). In Phoebe’s alternative Universe, she gets pregnant, this time for herself. It is almost impossible to not imagine the singing her children will have to endure when their mom is in a creative mood. She could own her own massage parlor, and not have to work for corporate for the money. Phoebe’s children are lucky in this universe. Besides cousins/half-siblings who babysit whenever they are free, the children have one hell of a trust fund, given their dad’s wealthy background. Speaking of Mike’s parents, it takes a while, but they accept Phoebe for who she is.

4. The One Where Joey Becomes A Family Man

While Joey got his own spin-off, he was still set in his old ways. As the star of Days of Our Lives, he was popular with the girls, some of whom had stalking tendencies. Even without that, he was still…Joey. For instance, when Gunther (James Michael Tyler) allowed him to work at the coffee shop, he almost brought the business down by giving away freebies. And when Gunther found out, he’d give away free muffins by pretending that it was a girl’s birthday. Joey never really grew up, and it would have been great to see a world where he tries commitment for a change. In this parallel Joey world, he ditches acting for a more formal job, where he has a regular income. He finally meets a woman he is in love with, who takes him off of his Casanova ways. Joey loves his new woman (whose name he clearly remembers) just as much as he loved Rachel. But there’s a twist. Joey is smitten and committed to being a family man, but karma has landed on his door because Joey’s love interest is still in her ‘Joey’ phase.

5. The One Where Gunther Wins The Lottery

For all the time that we knew Gunther, he was simply the grown man serving coffee to a bunch of friends, who also happened to be in love with one of them. At the end, when Rachel was getting ready to leave for Paris, he finally got to confess his feelings for her. What if Gunther got over his feelings for Rachel? What if he won the lottery and didn’t have to work a day in his life? Every time we saw him, Gunther looked like he was just trying to survive, and not being able to confess his undying love for Rachel did not make things any better. A ‘softer’ life for him would have made television gold. All of a sudden, he would be the Joey we never thought we needed, and his affluent life would have attracted all sorts of people. Maybe the friends would have tried to be his friend, and Rachel would have finally given him a lot more attention. His hair would have suddenly been cool, and something people would want to try. That would have been an incredible turn of events for Gunther. It’s a spin-off we’ll never get, neither will we forget just how much he owned his role. Rest in peace James Michael Tyler, forever the seventh friend.