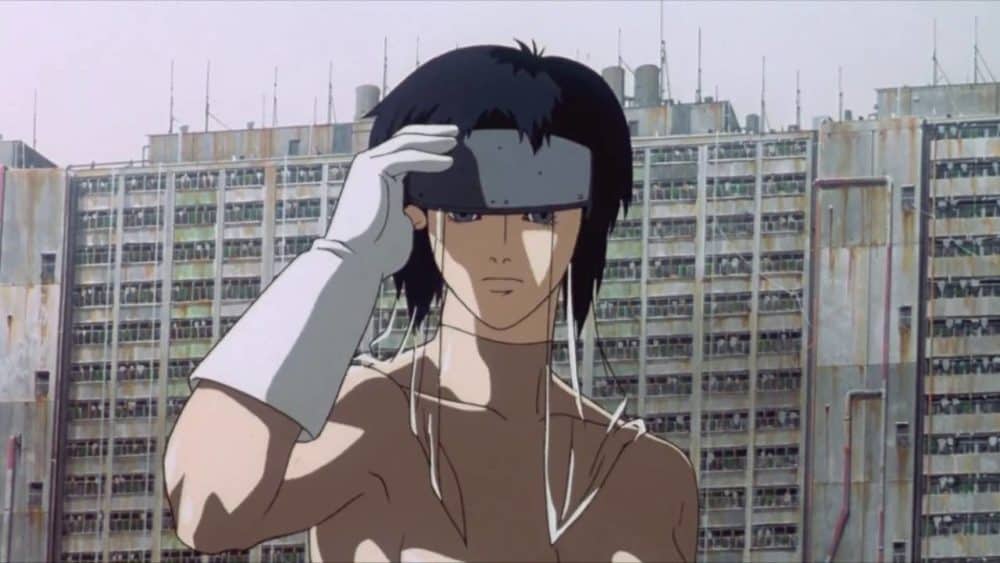 With the onset of the cyber age, Cyberpunk, the antithesis to the traditional ’40s & ’50s Utopian vision of our future, was born. Unlike most genres, Cyberpunk is defined by how dark and cynical it is, as it takes its cues from a variety of odd influences such as post-modern deconstruction, hard-boiled detective fiction, and Film Noir to describe a chaotic and pessimistic vision of an electronic society. Works are usually centered around advancements in information technology, computers, and networks as the facilitator for the radical change and eventual breakdown of our societies and social order.  The genre’s undeniable allure has made it a staple of blockbuster films from The Matrix trilogy to Minority Report, but it has also found a home within some low-key gems that will be highlighted in this article.

Here are five cyberpunk films to dive into:

Ghost in the Shell

Although the recent live-action adaption was a disaster (to say the least), we can rest assured knowing that the original 1995 version is still a masterpiece. Denser and more complex than any Hollywood adaption will ever be, the film explores what it means to be human in a world where technology increasingly mimics and improves upon the human experience. With intricate themes  to wrap your head around, iconic (and endlessly ripped-off) action scenes and concepts, and a fascinating internal struggle that permeates throughout, this is one mind-bending experience you don’t want to miss out on.

The film that brought anime to the west, Akira’s influence can still be felt throughout the modern world with homages found in recent works like Kong: Skull Island and Kanye West’s Stronger music video. The most expensive anime film ever made (at the time), it recounts the tale of Kaneda, the head of a local biker gang, whose childhood friend Tetsuo, gains incomparable telekinetic powers after a motorcycle accident that eventually threaten to destroy the futuristic metropolis of Neo-Tokyo. From the iconic get-up and motorcycle to the bloody battles for the future of the city and that infamous mind-screw ending, Akira offers a mature and visually kinetic viewing experience that will forever change what you expect from your animated films.

Darren Aronofsky’s debut feature never fails to disappoint. From its rapid-fire editing to its focus on one man’s obsessive quest, many of the hallmarks that made his directing career are present in his first film.  The film follows brilliant mathematician Max and his supercomputer Euclid as they try to uncover the underlying mathematical pattern found in the universe. Where it goes from there, I won’t spoil. The film’s shoestring budget and surrealist bent, has often drawn favorable comparisons to David Lynch’s Eraserhead, but for some, like myself, this may prove to be the superior viewer experience.Its a film that’s definitely worth checking out for both aficionados of the genre and the art-circuit crowd, a rare combination that is rarely found in science fiction today.

Based on the seminal Judge Dredd comic series, Dredd follows its titular protagonist in a far-off future where America has become an irradiated wasteland. In its stead lies Mega City One, a vast metropolitan complex that is held together by the only remaining force of order in the city, the “Judges”. The film did not fair too well upon release, but has since gained a sizable cult following owing to its great performances, jaw-dropping action, and complex themes of crime and punishment. Fans have been clamoring for a sequel for years now and with Karl Urban in talks to reprise his role in the new Judge Dredd TV series, this might be a great time to check this classic out.

Seeing as the Wachowskis “borrowed” an unhealthy amount of elements from anime, they sought to bring the intent full-circle by actually turning The Matrix into an anime film. Hosting a variety of shorts from many acclaimed animation directors (including Shinichiro Watanabe of Cowboy Bebop fame and Ninja’s Scroll’s Yoshiaki Kawajiri), this film holds a mixed bag of content that ranges from stunning additions to The Matrix’s lore to mediocre romps that are on par with the mediocre films. Many have claimed that The Animatrix in many respects is superior to the trilogy and I would agree. If anyone wasn’t satisfied by the trilogy itself and is still aching to explore this interesting world further, then, by all means, The Animatrix is definitely worth a look.